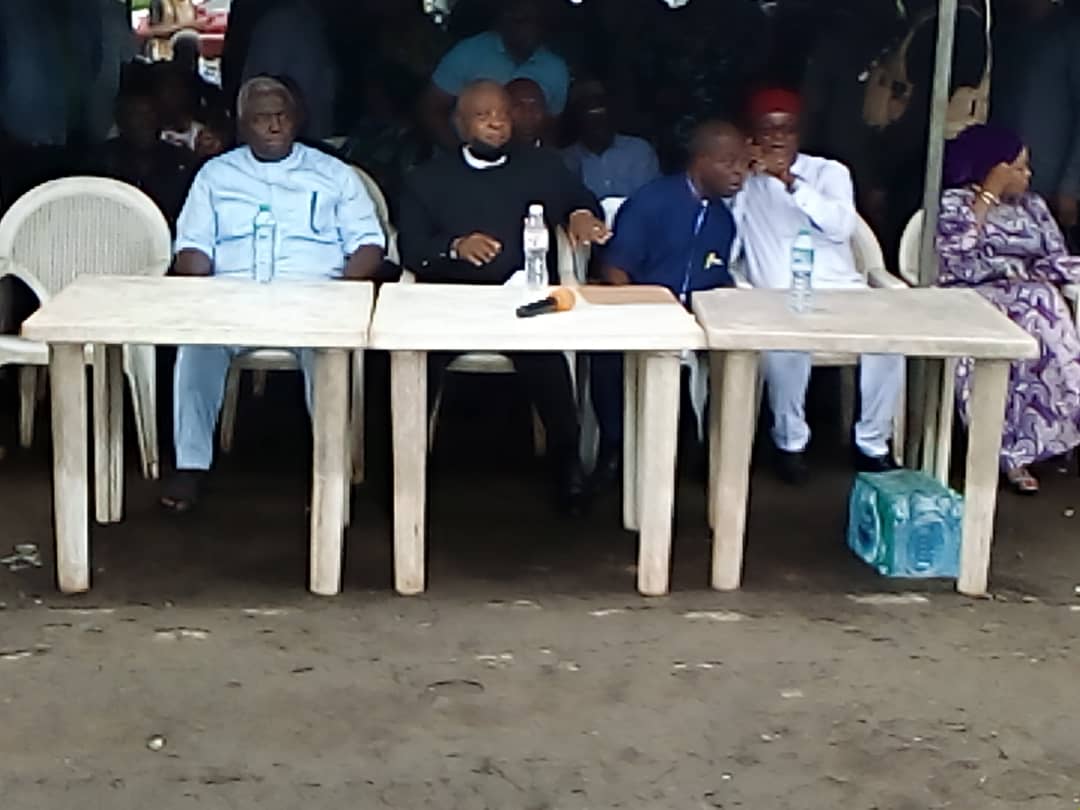 Contrary to rumours making the rounds in the circle of the aggrieved members of the Abia State chapter of the All Progressives Congress (APC), the membership and loyalty of the brand new 2023 governorship candidate of the party, Chief Ikechi Emenike has never been in doubt.

This was affirmed by an Abia State High Court sitting at Umunneochi which had last year ruled in his favour in a suit he and two other claimants filed challenging a purported suspension by desperate party members during the leadership crisis said to have been instigated by former state chairman of the party, Donatus Nwankpa.

A press release signed by Dr. Kingsley Ononogbu, Chairman, Abia APC read, “Following what was nothing but a mischievous suspension announced at a kangaroo meeting of the aggrieved held at Ikwuano in August last year, the trio of Chief Emenike, Mr. Ejike Olekanma and Ikenna Emmanuel Anyalewechi had gone to court asking for the nullifcation of the said “suspension”.

Joined as defendants in the suit were APC, then Catetaker Chairman, Mai Mala Buni (for himself and member of the Caretaker Extraordinary Convention Planning Committee), and Wilson Chimelulam Utaegbulam.

In its judgment delivered on November 4, 2021 in the Suit No: HUM/41/2021, the Court presided over by Justice Benson Anya held that Chief Emenike, who then was the Secretary of APC Contact and Strategy Committee, “is an authentic and bona-fide member of APC”.

The Court held that the defendants had admitted that the claimants are authentic members of APC having failed to file a counter affidavit to challenge the deposition contained in the 22 paragraph affidavit and four exhibits filed by the claimants.

“In the light of the foregoing, the claimants reliefs are granted as prayed and judgment is entered in favour of the claimants,” the Court said.

However, no order was made as to cost against the defendants.

That Chief Emenike “is and remains an authentic/bona fide member and leader of the first defendant(APC) in Nkwoegwu Ward, Umuahia North Local Government and Abia State with full rights and benefits”.

The claimants also urged the Court to declare that Emenike’s membership of APC was never in question since he was duly registered and his name is in the party’s membership register in his Nkwoegwu ward hence it is only the ward members in relevant ward congress/Executive that determine a member’s status following due process.

The Court was further asked to make a declaration that the purported letter of suspension was a breach of Chief Emenike’s rights as enshrined in the APC Constitution and the 1999 Constitution of Nigeria(As Amended).
Emenike, who in 2014/2015, was the director of operations in the campaign organisation of President Muhammadu Buhari, has been at loggerheads with some undemocratic and pseudo progressives in the ranks of Abia APC”.