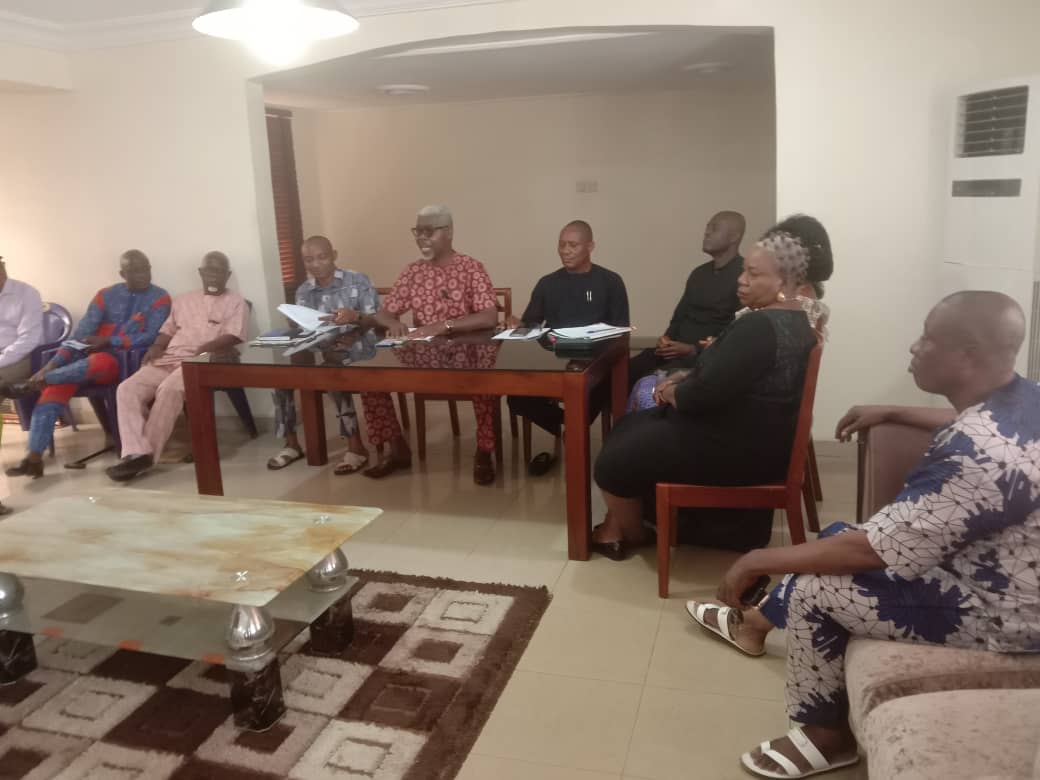 Don’t Interfere In Our Politics”, PDP Caucus Ikwuano Warns Gov. Wike…Says The Defection Of Chief Onuigbo To APC Is His Ambition

Members of PDP caucus lkwuano L.G.A of Abia State have denied the involvement of Col. Austin Akobundu, PDP National Organizing Secretary in the defection of Chief Sam Onuigbo to the APC.

Addressing newsmen in Umuahia the chairman of the caucus, Rear Admiral Ralph Osondu (Rtd) who treated some of the issues raised by the Governor of Rivers State, Nyesom Wike, pointed out clearly that it was the ambition of Chief Onuigbo, member representing Ikwuano/Umuahia Federal Constituency to switch to another party.

Osondu who also maintained that Gov. Wike was not properly informed of the conduct of the last PDP congresses in Ikwuano and Abia state in general, revealed that the last PDP congresses in Ikwuano was conducted peacefully in line with the party’s constitution without any interference, where they alleged that Chief Onuigbo held a parallel congress and was rejected by the party and went to court where he lost out.

PDP Caucus Ikwuano disclosed that all efforts to make Chief Onuigbo see reasons to remain in the party proved abortive, as he went ahead to decamped to APC at the floor of the house of representative, which happened before the local government elections.

They described as unfounded the statement credited to Gov. Wike in a National Television that the member representing lkwuano, Umuahia North-South Federal Constituency left the PDP because he was denied nomination of officers in his ward in the last Congress of the party by the National Organising Secretary of PDP because of his governorship ambition.

The caucus members noted that they were not aware of any governorship ambition from Col Akobundu (Rtd) and advised the Governor of Rivers state to desist from interfering in the politics of Ikwuano and Abia state that has a sitting Governor in the person of Dr. Okezie Ikpeazu, who is the leader of the party in the state.