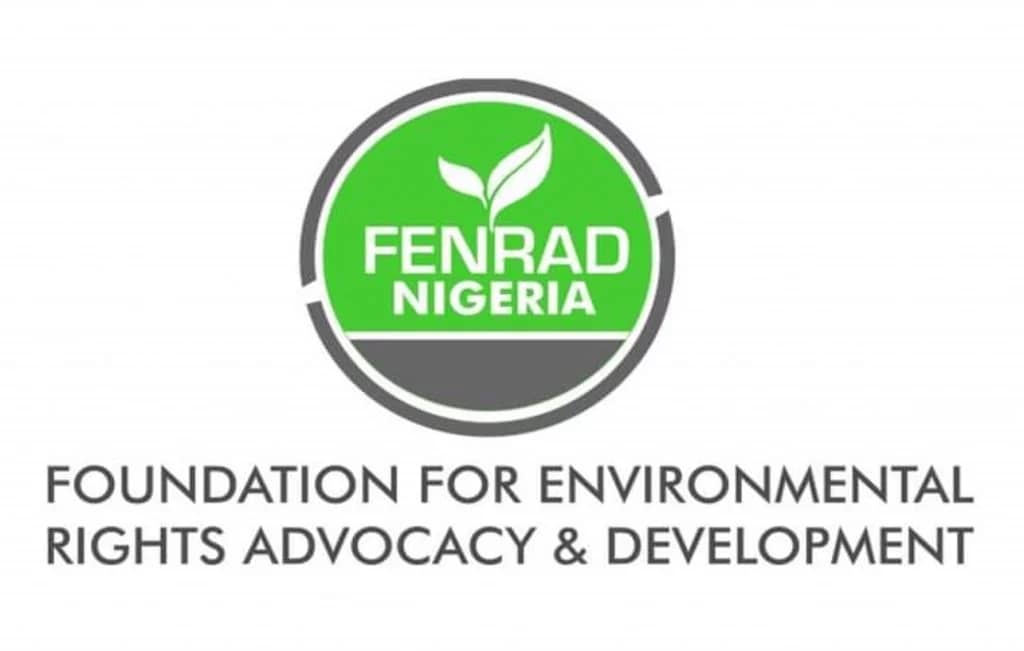 Don’t Allow Your Activities Or Philosophies Get In The Way Of Others, FENRAD Cautions Agitators, Sympathizers

Foundation for Environmental Rights Advocacy and Development, FENRAD, a pro-democracy and environmental rights group has called on all the agitators and their sympathisers to desist from violence and never allow their activities or philosophies get in the way of others in the Southeast region.

The Foundation pointed out that the IPOB and other splinter groups sit-at-home order is likened to cutting off one’s nose to spike one’s face, a no win-win for anyone, and advised that people be allowed to move freely about their businesses without any hindrance whatsoever.

In a release jointly signed by the FENRAD Executive Director, Comrade Nelson Nnanna Nwafor; Barr. Olusegun Bamgbose, Head Legal Team/ Litigation and Barr. Akande Femisi, Head Corporate Accountability and Human Rights Enforcement and made available to newsmen in Umuahia, the Foundation expressed deep concern over the recent developments in the Southeast, stated that it has keenly monitored for five weeks now the Mondays “sit-at-home” order issued by the leadership of the proscribed Indigenous People of Biafra, IPOB in the entire Southeast region as a protest measure against “The unlawful interception” and deportation of its leader, Mazi Nnamdi Kanu who is currently detained at DSS facility pending court trial.

The release read in parts, “It is necessary at this time to point out that the problem is rooted in the earliest crises that rocked the nation barely seven years after independence leading to civil war in 1967. The politics of 1967-70 has sadly remained unaddressed as of yet and still forms part of the Southeast marginalisation question, as FENRAD understands it. This marginalisation, made worse by successive governments since the end of the war in January 1970, is itself the reinforcing factor responsible for secessionist bids in the region fuelled often by populists since the 2000s. No family in the old Eastern Region or the Igbo was left unaffected in that 30-month carnage which took about 3 million lives, to say the least. While this is the fact, caution is required when revisiting that part of Nigeria’s history so as to not let the past repeat itself.

“FENRAD, before now, in its July 11 release entitled – Nnamdi Kanu: FENRAD to Southeast Governors, Your Silence is not Golden; condemned as an aberration the operation leading to Kanu’s rearrest and forceful deportation which fell short of all diplomatic protocols and standards, even those to which Nigeria is a signatory.

“The Foundation further urged that Kanu’s rights be accorded him while still in custody; that the leader of the want-away group be allowed access to his lawyers and family; be assumed and treated as innocent until a competent court of the land establishes otherwise.

“While all these were in the release issued by FENRAD and still form today part of the Foundation’s convinction regarding the politics surrounding the detention and trial of Kanu, FENRAD does not think the sit-at-home order presents a win-win situation for any party in the targeted region. This position stems from the fact that like self-determination, rights to work and receive commensurate payment, even to own and operate legitimate business too are all principles of the doctrine of Human Rights which no single human or group should deny another. People’s rights should not themselves deny others theirs on whatever grounds.

“However, FENRAD observed with regret that the economic rights (both to work and to do business ) of people in the Southeast are not better served with the current Mondays “sit-at-home” observance given that bulk of the population in the region are daily wage earners, mostly in the informal sector, who can only win a morsel for their families only by going out daily.

“Not even the educational needs and rights of children and adults in the region, FENRAD understands, are served any better especially in this period of external examination (West Africa Examination Council, WAEC) where the region has enjoyed the reckoning of being the best among others. To make matters worse, an online video making the rounds on internet showed where some armed thugs alleged to be members of IPOB chased external examination candidates away from their exam hall in Imo State. This, FENRAD says, is a condemnable act of terror!

“No available history ever taught that a people had to starve before reaching their promised land, aspiration or goal. Even the biblical Israelites ate manna and quail while their journey along the wilderness dragged. Again, people have still the right to freedom of association, or to hold any political view and must not, on ideological grounds, be forced to suffer or accept what they are not prepared for whether they support secession or not.

“An online release as per The Nigeria Lawyers showed that Southeast region loses ₦3 billions naira each Monday and went ahead to say the region would have lost ₦50 billion for only the first four Mondays business and other commercial activities were halted in the region. In all it is the region that is losing.

“The worst, FENRAD reasons, is that the worst sufferer is the common man, not just the elite or governments of the five states who may not be as affected as such. This is not suitably ideal for a time like this given the hike in prices of goods and services like foodstuffs and other essential commodities such as premium motor spirit (PMS/fuel) and gas; biting double-digit inflation at 17%; decline in both independent and statutory revenue sources; economic contraction occasioned by Covid-19 pandemic and other problems facing the region. This sit-at-home order is capable of causing a serious socioeconomic setback for the region known for her innovative industry and creative enterprise. For example, the worst-hit sector is road transportation sector, a source claimed. It bears repeating that this is a sector controlled chiefly by the region, and so what is the gain if the region loses while others gain in their various areas of strength. Does that give the region any favour in terms of comparative advantage?

“Investors, both foreign and local, would not want to operate in a climate where they cannot maximise their productive weekdays or where their returns are not guaranteed because of some stay-at-home order. Banks, schools, factories (both local and foreign), eateries, infirmaries, hospitals (in some cases), markets and the like have had to be shut down for consecutive five Mondays now, FENRAD laments. The fact that some lives, properties and chattels have all allegedly been destroyed, including vehicles and shops, renders the enforcement method of the order less appealing by far.

“FENRAD calls on all the agitators and their sympathisers to desist from violence and never allow their activities or philosophies get in the way of others in the region. This is twenty-first century, if the region loses a mile, it may not recover quickly like it did decades following the ’70s”.

The Foundation stressed that, while economic boycott is a legitimate tool of protest, such right should not impinge upon the rights of other people to hold any political opinion, do legitimate business and live without fear of victimisation.

The Foundation made it clear that this is not military era when a dictator once told the nation that where human rights end is where his rights started; and called on the Southeast governors to engage the federal government towards seeing that the issue of Kanu is settled once and for all.

The Foundation also enjoined  Ohanaeze Ndigbo and other groups to see to a peaceful and constructive end to it all as “continued detention of Kanu by DSS will keep making worse matters”.