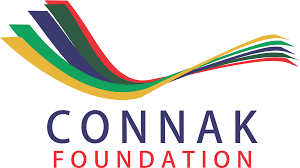 Connak Foundation announces the postponement of her 10th anniversary

signed by the Chief Executive Officer of the Foundation, Mrs. Carole Emeka Sunday and made available to newsmen in Umuahia, Abia State capital.

According to the release, the decision was taken at an executive session held on Sunday, 30th October 2022, after extensive deliberations by the Board members of the Foundation.

The Foundation, according to the release, stated that it clearly understood the great inconveniences the change may cause the  beneficiaries’, partners and sponsors, stakeholders and well-meaning individuals who have confirmed their travel plans and schedules to attend the annual yuletide activities of the Foundation.

It further revealed that the decision was taken out of an abundance of caution, in cognizance of the political climate and peculiarity of the season at this time in Nigeria, adding that as a non-partisan, non-governmental organization, her events are open to all persons irrespective of age, creed, or affiliation and as such, would not want any of her events to be misrepresented or miscontrued as being in alliance with any group or used as a platform to promote or propagate other interests.

The statement partly read: “At the beginning of the year, the foundation rolled out several empowerment initiatives targeted at the youth, to create life-changing opportunities and cause sustainable development in communities.

“These initiatives were kick-started at the foundation’s annual retreat program held at Abuja in February 2022. Following the retreat, a 9-month ICT Training program for 200 beneficiaries commenced in facilities at Umuahia and Aba, respectively. The ICT trainees were scheduled to graduate during the 10th Founder’s Day Celebration in December 2022.

“In April 2022, Connak Foundation was officially launched in Lagos with the commissioning of a flagship borehole project at Imaba – Igando community in Alimosho LGA of Lagos state, followed by a media briefing with the Press and a Fundraiser dinner to unveil our proposed anniversary project – a Community Hospital in Afugiri, Abia State.

“With the support of grant received from Jackson Family Foundation in the United States, and donations raised at the Lagos unveiling event, the construction of the community hospital is in full swing with steady progress. The site commissioning would have been done as part of our end-of-year activities.

“Next up was Connak Foundation Entrepreneurship Initiative (CoFEI) program, with an estimated 10,000 participants enrolled in the 12 weeks online training and 350 trainees at the bootcamps across 3 locations – Umuahia, Lagos and Abuja. Grants presentation to successful businesses, earlier scheduled to take place during the Founder’s Day event, has been rescheduled and a new date would be communicated in due time.

“Also noteworthy is the roll-out of the Stay-in-School Program in FCT, where we awarded full scholarship to 100 students in public Junior Secondary schools. These, in addition to the 180 scholarship students in Abia state, both at secondary and tertiary education levels, brings to total,280 beneficiaries enrolled in school through our educational development initiatives. Our annual free medical outreach could not hold this year because our partners from the USA, FaithCare Inc, were unable to travel due to consulate advisory and restrictions bothering on security concerns.

“Against all odds, the achievements recorded this year have greatly surpassed our expectations. Despite our best intentions and desire to fully implement our program schedule for the year. We solicit your kind understanding as we suspend all activities, all things considered. Rather than rest on our oars, we intend to use the opportunity to re-strategize on ways to eradicate youthful redundancy and implement more impactful initiatives that promote responsible citizenry.

“Therefore, the Foundation appeals to the public that new dates for all postponed program activities will be communicated in due course just as Connak Foundation, while also advising Nigerians, particularly the youth to shun all clandestine activities, refrain from being used to create chaos, be mindful of safety and security, and exercise caution as the country navigates this political season”.