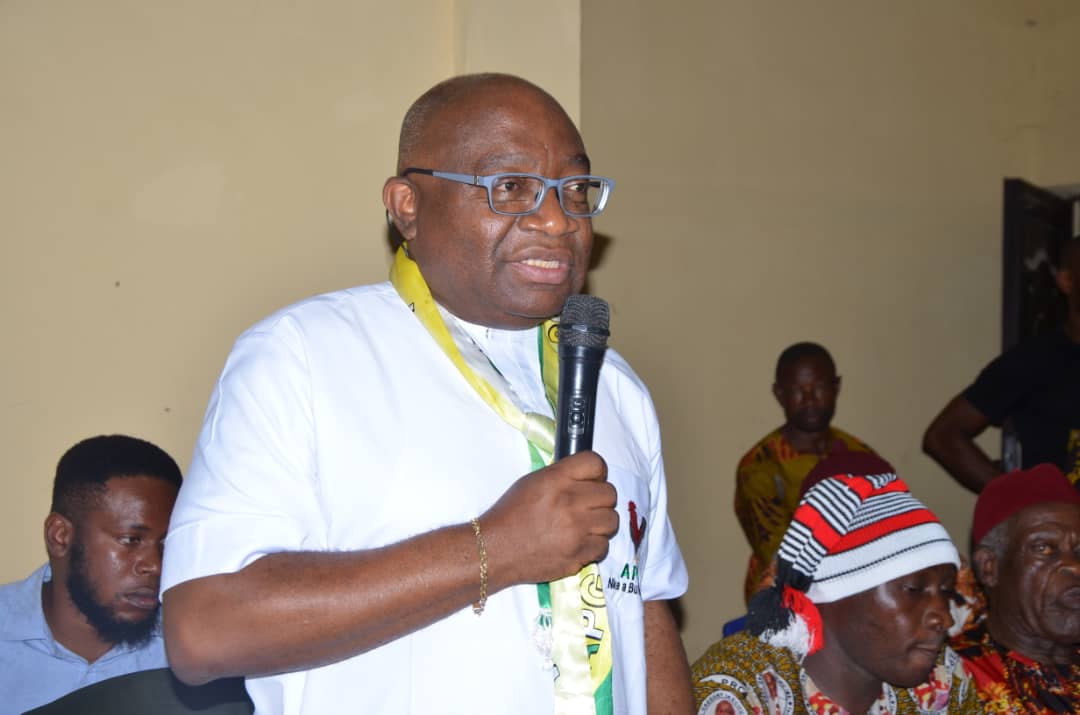 Stakeholders and delegates across the 17 Local Government Areas of Abia State have all supported Prof. Gregory Ibe’s quest for thegovernorship position of Abia State.
This action is following his commendable investments and employment opportunities for Abia people, the evidence they strongly believed that he will nurture and govern the state the way he had successfully done in hisinvestments.
For the records, Ibe, an acclaimed investor and employer of skilled and unskilled labour in Abia State, who hails from Abia North Senatorial District, is the founder and Chancellor of Gregory University Uturu (GUU) also in Abia State.
Being abreast of the importance of the stakeholders in the party primaries, Prof. Ibe swiftly commenced consultation with All Progressive Grand Alliance, APGA delegates and stakeholders in the 17 L.G.A of the State on his aspiration to contest the 2023 governorship election.
Speaking when he respectively visited the stakeholders and delegates in Umuahia South; Umuahia North; Ikwuano; Ukwa East; Ukwa West; Isialangwa South; Ukwa West; Aba South; Aba North; and Osisioma L.G.As,  Prof. Ibe restated the importance of doing the needful to drastically reduce high unemployment level and engender investments especially in agriculture as a panacea for challenges in the state and national levels.
According to Ibe, he wants to bring his private sector experience to leap-jump the state to greater height, as his private and successful business experience was added advantage for him to reposition the state if elected the governor.
His words, “I have done it in private sector and will repeat the success story in Abia State if elected . I am one of the largest investor in the state and I am coming to add value.
He said having being part of transformation crew in former President Obasanjo’s government, as UN consultant he is better equipped to lead Abia State to greater glory.
Prof. Ibe observed that Abia state is suffering because the right person has not been given the opportunity to lead, even as he also described leadership recruitment as a major problem affecting the development of the state.
According to him, the state has been recruiting people who were not prepared for leadership position over the years and it is time now to recruit people who are ready and prepared to work for thepeople .
Ibe said that if the state recruitment process were anchored on merit with people of managerial skills like him, Abia state would have been developed beyond imaginations.
Ibe said, “People with proven records of management skills should be allowed to lead Abia state now. I am offering myselfwith my wealth of experience acquires over the years in private sector to lead Abia.
“I have all it takes to lead Abians to glory. If I am elected the governor of Abia state, no child or community would be neglected again”.
He encouraged the delegates for the forthcoming party primaries to religiously do the needful to run away from tomorrow’s regret.
Ibe also reminded the delegates the time to rewrite the story of Abia State is now and it all lies first in their hands, even he encouraged them to take decisive actions that will change their collective destinies and better future for their people and children.
He said the visit is a wake up call to reposition and change the ugly narratives of lack of development currently being experienced in the  Local Government Areas and entire Abia State, having recognized that good governance encompasses truthfulness and sincerity of purpose.