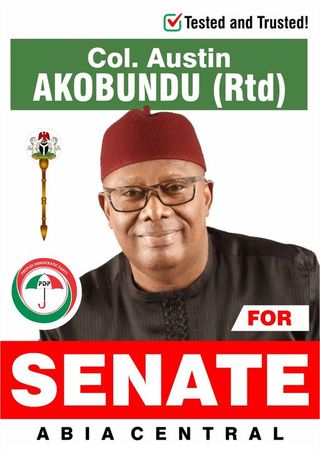 Austin Akobundu, a retired army colonel and minister of state for Defence under President Goodluck Jonathan has emerged the PDP flagbearer for the year 2023 senatorial election for Abia Central district.

Col. Austin Akobundu got a total number of  186 votes to emerge winner according to the result announced by Chief Amah Abraham, the Returning Officer for the election held at the Umuahia township stadium.