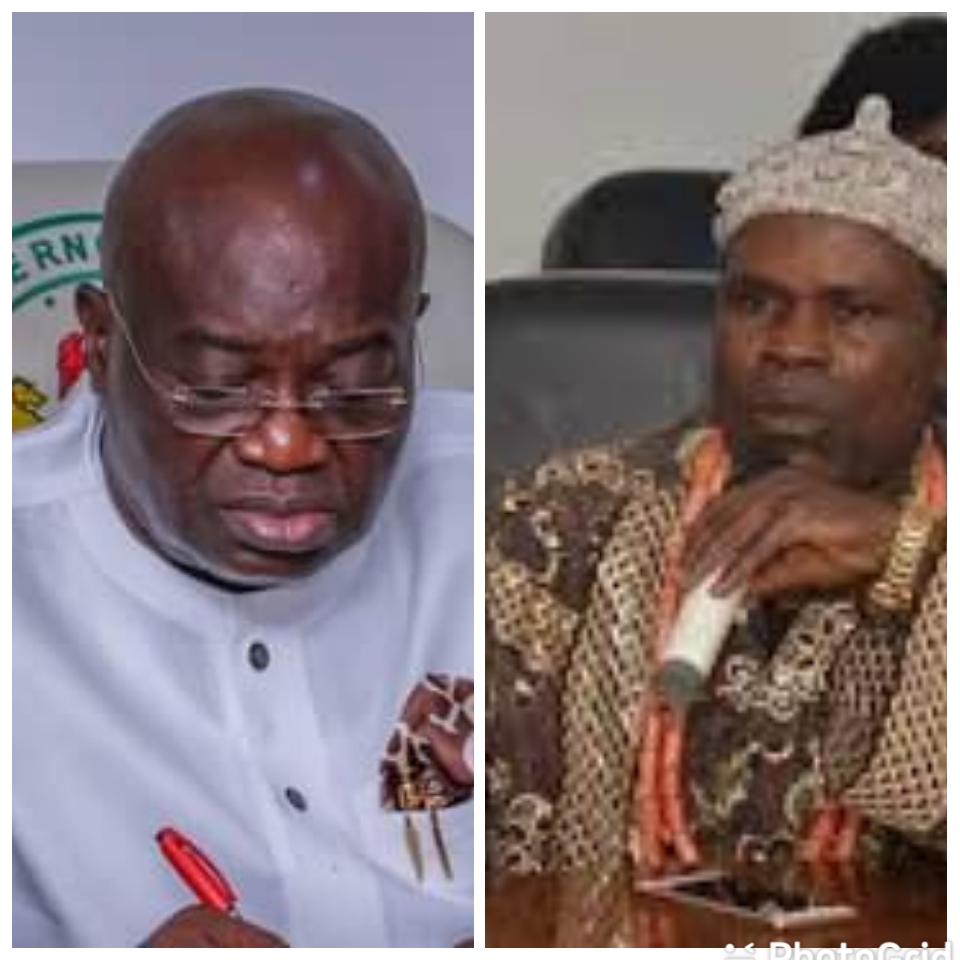 The third deputy Chairman, Abia State Traditional Rulers Council and the Traditional Ruler of Umutowe autonomous community, Olokoro Clan in Umuahia South LGA  has joined wellmeaning Nigerians and Abians to heartly felicitate with the Governor of the State, Dr. Okezie ikpeazu  on his 57th birthday anniversary.

In a release he signed and made available to newsmen in Umuahia, the Abia State capital, Eze G C Onwuka appreciated God for His grace upon the life of the governor and the accomplishments of his  new age.
The release partly read, “I celebrate you for the stewardship of your leadership and commitment of your good self and possession to God’s service. congratulations”.

In another development, HRM Eze Godfrey onwuka has congratulated the speaker of Abia State House of Assembly, Rt. Hon. Chinedum Orji, who emerged the winner of the Sun Newspapers Public Service Award for Year 2020.

He described the award as well deserved and wished him the best as he keeps serving humanity.

Eze Onwuka who described the Rt. Hon. Orji as humble, helpful, accessible and a rare quality amongst those in public service today, pointed out that in his primary assignment as the Speaker, Abia State House of Assembly, he has raised the bar in legislative representation through his unparalleled interventions and projects having delivered in surplus, the dividends of democracy to his people while aggressively appending his signature in the life of the youths through human capital development even beyond the bounds of his immediate consituency.