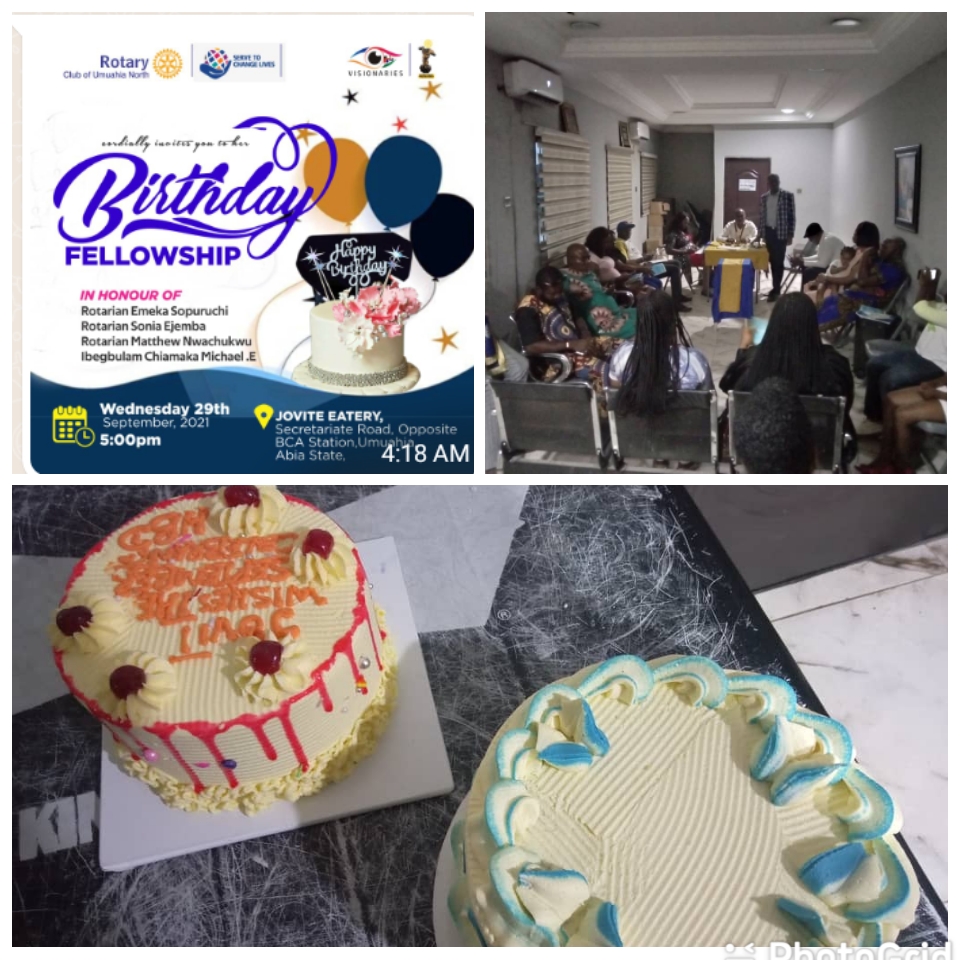 It was a fun filled fellowship as the Rotary Club of Umuahia North, District 9142, Wednesday, celebrated the birthday anniversary of her members and their kids.

Speaking during the event which took place at the Club’s fellowship hall in Umuahia, Abia State, the Visionary President of the Club, Rtn. Emeka Sopuruchi, who also was among the celebrants, lauded his co-celebrants for their continued efforts to demonstrate uncommonselflessness in ensuring that his administration succeed and the society enjoyed selfless humanitarian service in all spheres.

He joined other members of the Club, friends and family of the celebrants in celebrating years of discernible contributions to thegrowth and development of the Club and the society.

His words, “As you deservedly celebrate this birthday anniversary, it is my prayer that Almighty God continues to bless you with robust health and many more years of happiness and fruitfulness.