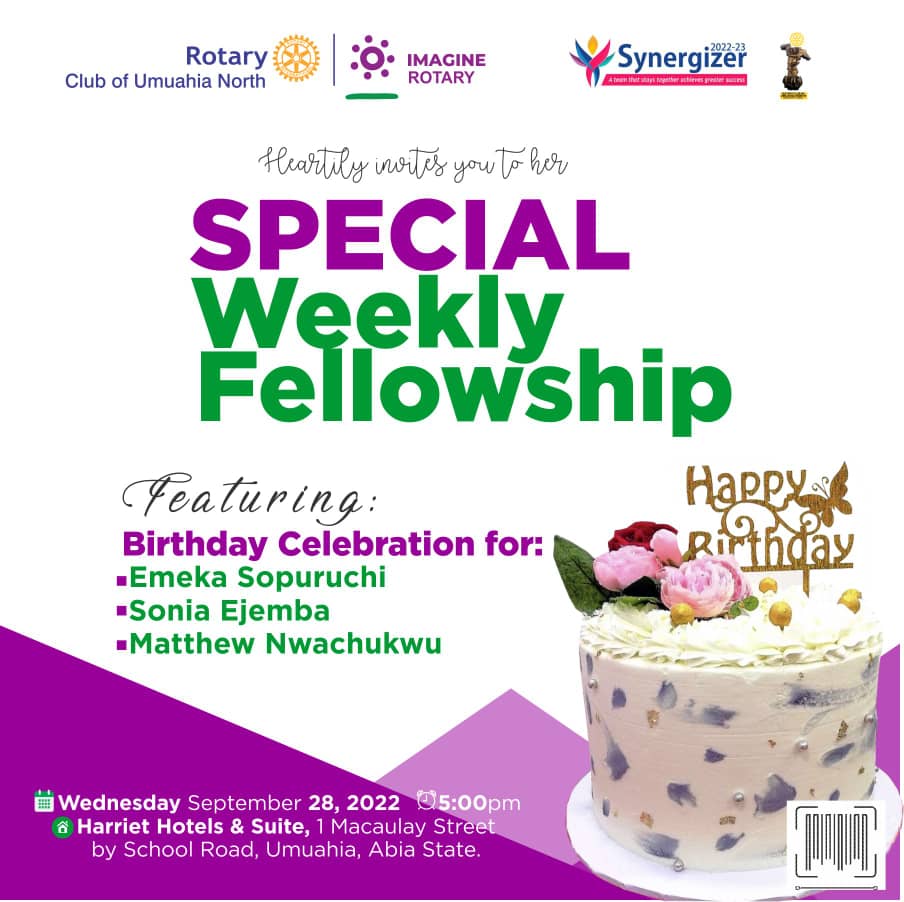 The Synergizer President of Rotary Club of Umuahia North, District 9142, Rtn. Geraldine Onuorah has said that birthday anniversary  celebration affords one the opportunity to celebrate milestones, make memories and understand the passage of time.

She encouraged them to continue to demonstrate uncommon selflessness in ensuring that the Club thrive favourably in all spheres.

She also seized the opportunity to commend the desire and willingness of the members of the Club to make a difference within the domain in which it is based.

According to her, without the support, encouragement and willingness to get involved by members, the Club would not have achieved what it has over the past 6 years in improving the lives of the people.

In a brief remark, a Past Assistant Governor, PAG Onyii Wamah appreciated the Synergizer President of the Club for her ingenuity and encouraged members to remain committed to serving humanity and living to the mantra ‘Service above self’.

Responding on behalf of the other celebrants, the Immediate Past President of the Club, Rtn. Emeka Sopuruchi thanked God for granting them the Grace to witness another year of God’s goodness and love and appreciated Club members for their love and affection.