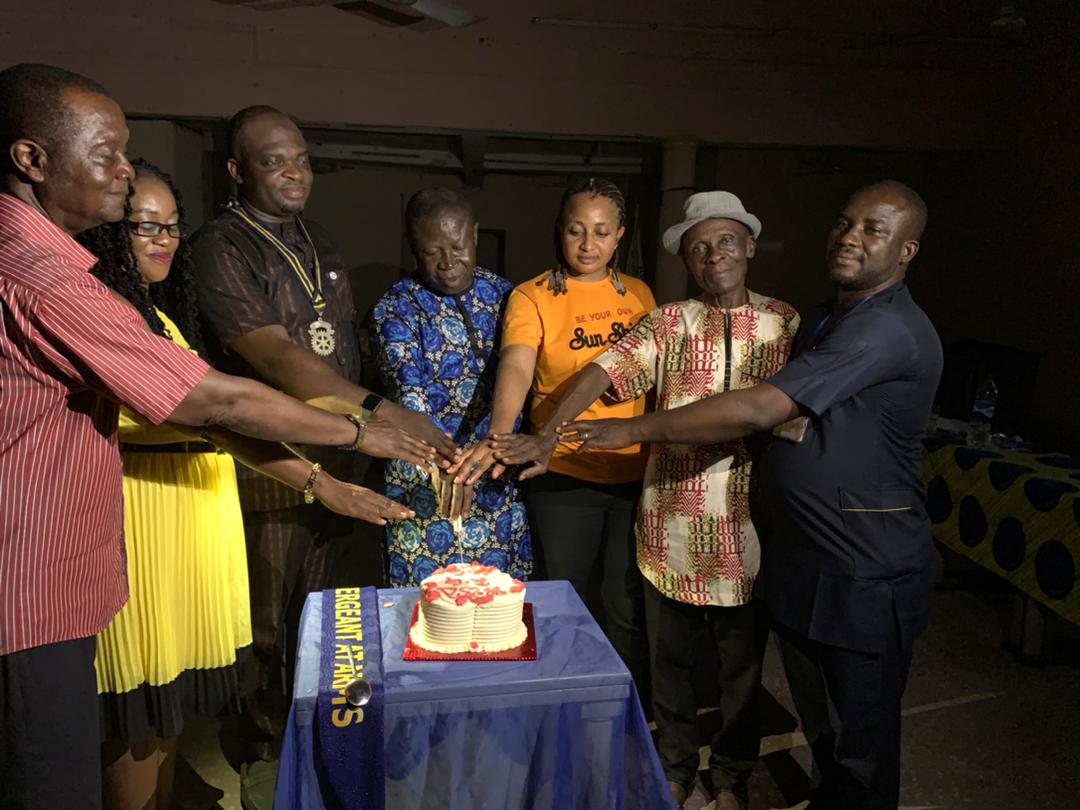 Speaking during the celebration, the Visionary President of the Club, Rtn. Ugochukwu Ajawara lauded the sterling attributes of Rtn. Alozie, who he described as on the Assistant Governors in the district that directs and motivates him to carry on, even when the journey seems to be tough.
Ajawara who assured the Assistant Governor of his unalloyed support, further pledged to work with him in order to achieve success in the district.
Speaking also, a Past Assistant Governor, Rtn. Chimdi Oluoha described Rtn. Alozie as a fine gentlemen, a trustworthy and hard-working public servant, a good family man and financial manager, a very resourceful Rotarian and Rotarian of Rotarians, whose midas touch has caused the Rotary Club of Umuahia Central to continue to flourish.
Responding, the Celebrant and Assistant Governor zone 4, Rtn. Kelechi Alozie appreciated God and the Club for the honour and encouraged them not to deviate from doing good and serving humanity selflessly.
Recall that the Club had recently also celebrated the birthday anniversary of some of her members who include: a priest and an administrator, Rtn. Kingsley Ihuoma; Rtn Melody Modebelu and others.
In appreciation, Rtn. Ihuoma who spoke on behalf of other celebrants, thanked God for the gift of life and the Visionary President of the Club, Rtn. Ugochukwu Ajawara for celebrating them.
Rtn. Ihuoma whose speech centered on, “Fellowship: Life long relationship built around a shared commitment to serving our community”, maintained that life is worth celebrating, adding, “In celebrating it, you are giving a kind of thanksgiving to God for the gift of life and that is the basis of every celebration”.