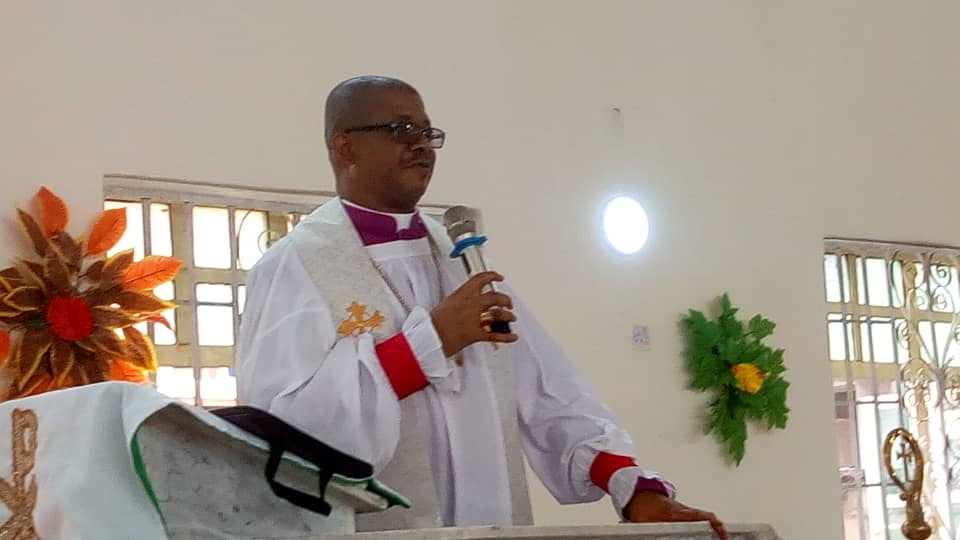 The Anglican Bishop of Umuahia diocese, Rt Rev’d Geoffrey Obijuru Ibeabuchi has attributed the call for secession and disintegration from some sections of the country to a failed government and leadership.

In his counsels drawn from the Bible book of Proverbs chapter 29 verses 4, 12 and 14, during the installation ceremony of an Anglican Knight, Sir Edward Ulonnaya Onuigbo, KSP as the traditional ruler of Amoji Imenyi autonomous community in Bende LGA of Abia State, Bishop Ibeabuchi reminded those in positions of authority that there is an extent one would suppress people and they would have no other options than to revolt.

He enjoined the newly installed traditional ruler of Amoji Imenyi autonomous community to make his palace, a place where justice, equity, equality and fairness thrives.

The Anglican Bishop who exposed and expounded the teachings of Proverbs chapter 29, read out the verses as follows, “The King establishes the land by justice, but he who receives bribe overthrows it.

“If a ruler pays attention to lies, all his servants become wicked.

“The king who judges the poor with truth, his throne will be established forever”.

The Anglican Bishop advised the new King, Sir Onuigbo to speak only the truth as a traditional ruler and make it his watchword; and shun false advisers, detractors, hypocrites, praise-singers and sycophants who might push him to pervert justice.

Bishop Ibeabuchi who also drew the attention of the royal father to the miserable end of leaders who perverted justice, reminded him that a king whose style of leadership does not portray transparency leads to a revolt, agitations and anger in the Community and Society at large.

He encouraged the new King to seek God’s face at all times, use his position in Amoji Imenyi autonomous community to attract growth, progress and development and also strive to deposit remarkable footprints on the sands of time.

Bishop Ibeabuchi called on the villagers to see it as a responsibility to pray fervently for the king, Amoji Imenyi autonomous community in order to lead them to the right direction.

Responding the traditional ruler of Amoji Imenyi autonomous community, Eze Edward Ulonnaya Onuigbo promised to lead his community in the fear of God.