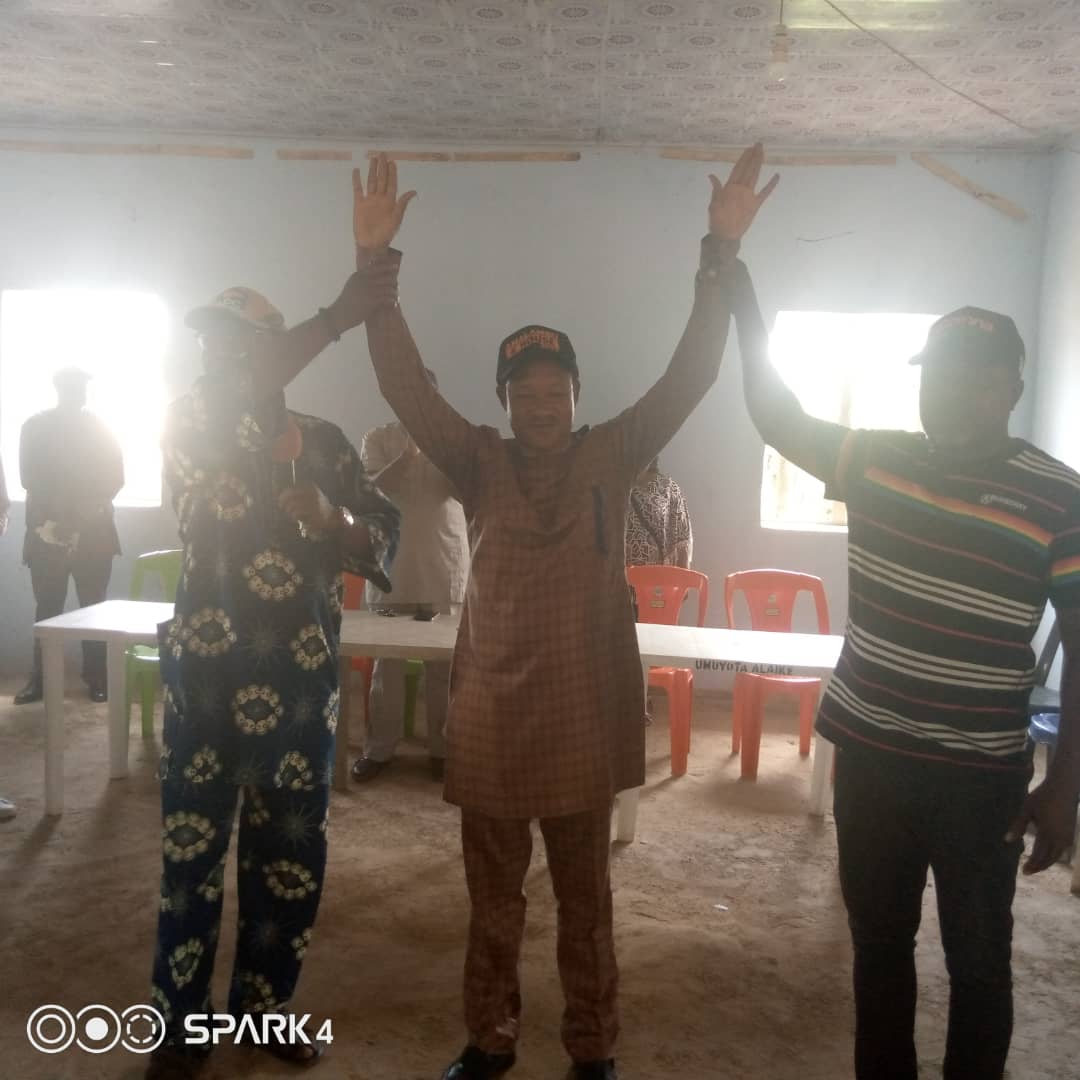 Rev. Blessed Amalambu, the Abia State Co-ordinator of the National Anti-corruption Volunteer Corps of the Independent Corrupt Practices and other Related  Offices Commission (NAVC/ICPC) has emerged the African Democratic Congress, ADC flagbearer for Umuahia North State Constituency election, come year 2023.
The House of Assembly primary election result which saw the presence of the INEC, produced Rev. Amalambu as a consensus candidate through voice vote.
Speaking shortly after the election which took place at Umuyota Alike civic hall, the Returning Officer and ADC Zonal Chairman for Abia Central Zone, Hon. Charles Emenike observed that the Constituents of Umuahia North have earnestly yearned for a change and quality representation, and assured that that Amalambu has come to realize that
.
Lending his voice, the Umuahia North ADC chairman, Mr. Emmanuel Emenike described Amalambu as a credible alternative and expressed gratitude that “Ohuhu clan now have a genuine candidate”.
In his acceptance speech, Rev. Amalambu who is also the Southeast states PFN Assistant Secretary, and Abia State PFN chapter Secretary, promised to sponsor a bill that will comply every Government to pay workers and pensioners their emoluments, when duly elected as a Legislator.
His words, “I have not come to promise you what I will not fulfill. I have come as an answer to your prayers and I will not fail God and you because I am on a mission blessed by God. I have come to liberate my people and give them their rightful place.
“Transparency, equity and justice will be my watchword. I will go to the State House of Assembly as a pacesetter and a reference point. I have the passion to defend the defenseless and the helpless. I will set a legacy that will stand the taste of time. I want to effect a change that posterity will remember”.
Amalambu passionately appealed to the ADC members and electorate in Umuahia North State Constituency to get equipped with their Permanent Voter Cards, PVCs, religiously use it at the polls and jealously guide and guard their votes in order to assist him to actualize/realize his lofty ideas for his people.