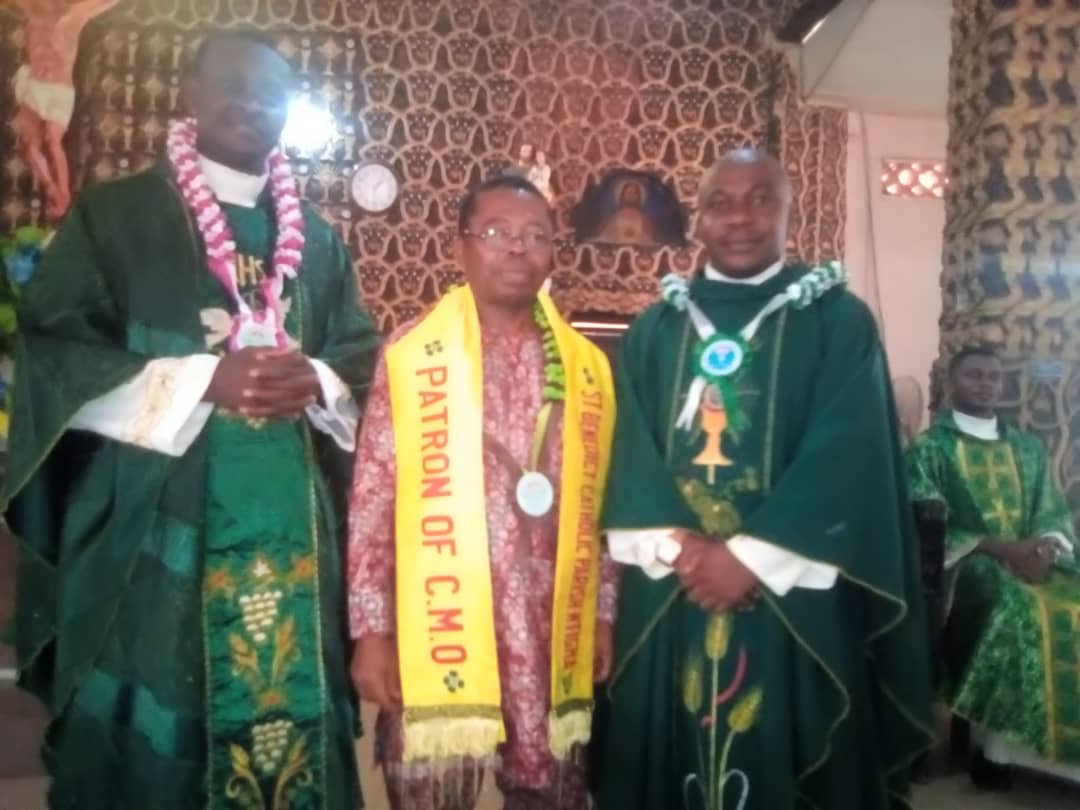 Appreciating the men Organization for the honour done him during the event at St. Benedict Catholic Parish Ntigha, Isiala Ngwa North L.G.A of Abia State, Sir Nwachukwu, a former NUJ Chairman Abia State council described the recognition as symbolical to him and his family, coming three years after the burial of his late mother, Ezinne Margaret Nwachukwu, who laid a solid background and foundation for them in the Catholic faith and the things of God.

He also said that he was deeply touched and inspired for the confidence placed in him by the ADCCMO and Chairman Catholic Men Organization of St Benedict Catholic Parish Ntigha, Mr. Patrick Okoroji.

He assured to seek excellence with humility and to guide them well with all of his heart and to the best of his abilities.