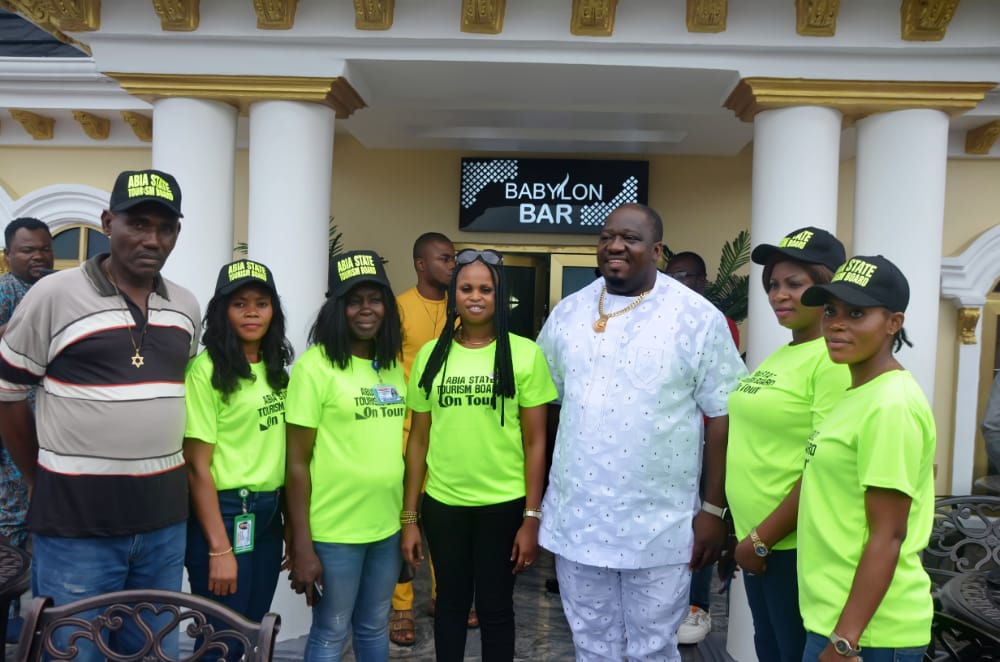 The General Manager, Abia State Tourism Board, Hon.  Atulomah Onyekachi Jackie has opined that subsidizing
the tourism industry would go a long way to stabilizing the beauty of the country.
Hon. Atulomah who made the suggestion when she led the members of the Abia Tourism Board to some tourist sites in Aba North L.G.A, of the state, also pointed out that Abia is richly blessed with numerous potentials that would help to boost the developmental strides of the State.
She moreover called on Abians to be ambassadors of tourism promotion and custodians of the culture and traditions of their respective communities.
While underscoring the readiness of the Board to rehabilitate tourism enterprises in the State, Atulomah pointed out that the gesture would complement the efforts of the Governor Okezie Ikpeazu in economic enhancement, provision of employment for Abia youths as well as the attraction of investors to the State.
The Abia State Board Boss encouraged Abians to always appreciate the natural endowment of the state, maintaining that Abia is divinely blessed with good tourism sites and hospitality made possible by the leadership style of Governor Okezie Ikpeazu.
Atulomah who commended the founder and CEO of the hotel for wonderful project he put up, particularly appreciated him for sitting it in Aba, the commercial nerve center of the state.
Her words, “Whatever that is good and beautiful is worthy celebrating”
.

Speaking, the State Curator National Museum of Colonial History, Aba Mr Amadi Theophilus thanked the General Manager, Abia Tourism Board, Queen Atulomah for her creative consideration in rehabilitating the board and assured her of total collaboration as the partnership with the board will archive the success of rebranding the tourism industry in the State.

He disclosed that the National Museum of Colonial History Aba, which is located at No 6 Ikot-Ekpene road, Aba off Bata Junction, is strategically located and surrounded by many governmental agencies like the Abia State Social Welfare, Old Post Office, Aba North Town Planning Agency, EEDC and the Aba South LGA Secretariat.

In his remarks, Chief Emmanuel Chinonso Anudu, the CEO of Vatican City Hotel and Suites Aba, Abia State, who revealed his visions and what he planned to do in Aba through project, disclosed that the hotel is not just a hotel but one that will give the customer a peace of heart.

He commended the State Governor, Dr Okezie Ikpeazu for making tourism one of the top priorities in his administration and enjoined the General Manager, Abia Tourism Board, Queen Atulomah to remain steadfast in her efforts to refine the tourism industry which he said will help to extend development to rural areas in the state.

The highpoint of the visit was the endorsement of the World Tourism Day by the CEO of Vatican City Hotel and Suites Aba.