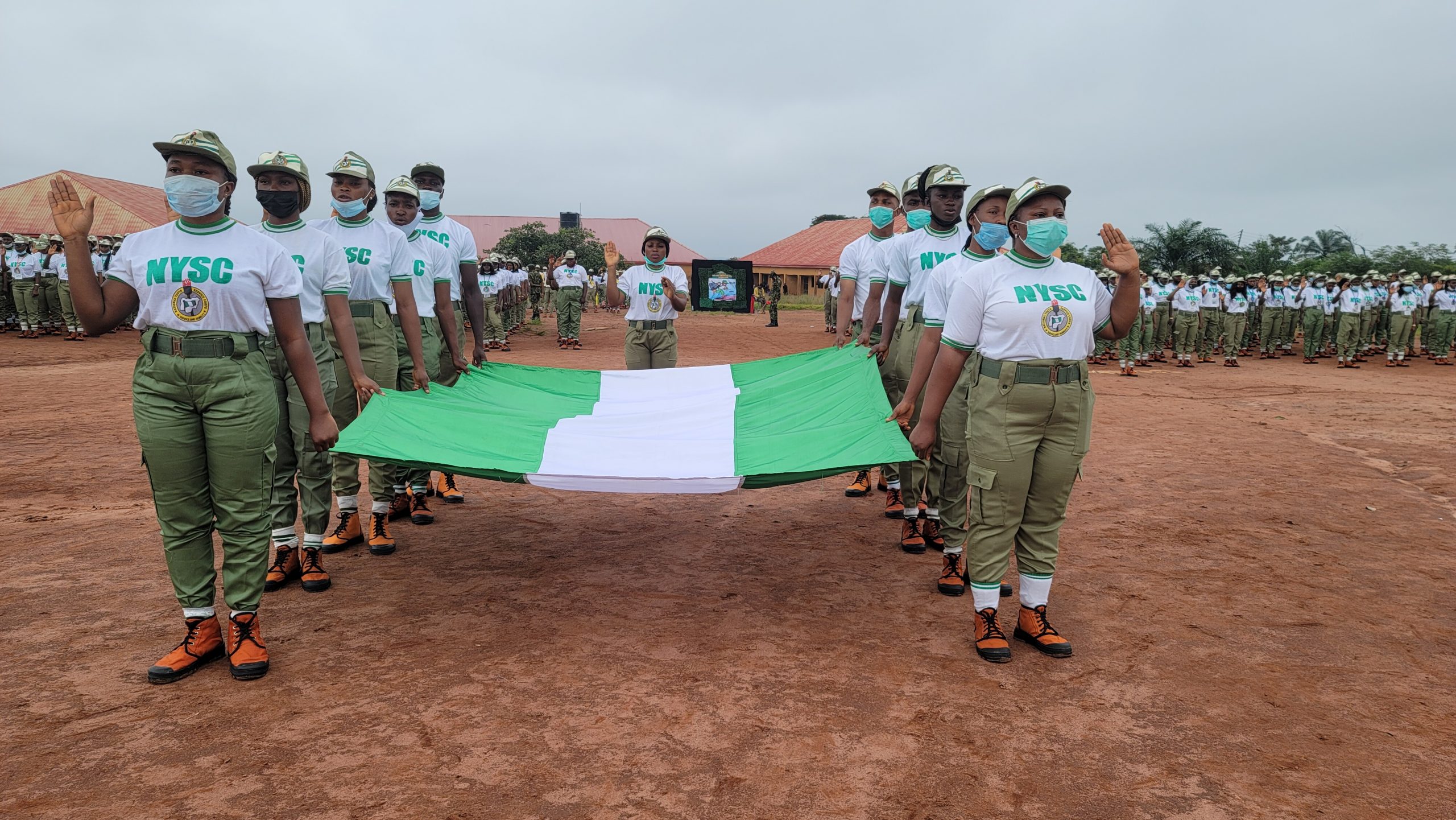 Abia State: Use The Social Media Only For The Promotion Of Unity, NYSC DG Counsels Corps Members

This is even as they were reminded that they were deliberately posted away from their States of origin and assembled from diverse ethnic, religious and socio-economic backgrounds to various orientation camps scattered across the nation by the scheme in order to build oneness.

In his address, Tuesday, during a low key swearing in ceremony of the 2021 Batch ‘C’ Stream I Corps members at NYSC permanent orientation camp, Umunna in Bende L.G.A, of Abia State, the NYSC Director General, Brig. Gen. Shuaibu Ibrahim, whose address was read by the State Coordinator, Mr. Denis Jingi pointed out that the scheme’s deployment policies were aimed at broadening their understanding of the country, thereby standing them in good stead for effective contribution to the promotion of national unity and integration.

He pointed out that the Orientation Course was designed to prepare the corps members physically and mentally for the expected contributions to the progress and development of Nigeria, in addition, equip them for the realization of their potentials and attainment of individual feats both within the period of service and beyond.

He therefore, encourage them to ensure healthy interactions, exchange ideas and build lasting friendships with a view to advancing the progress of a united Nigeria.

His words, “My dear compatriots, today, you have taken the solemn oath to dedicate yourselves to the service of our fatherland. I enjoin you to always ponder over the significance of the oath and be guided by its spirit and letters. In the same vein, I advise you to familiarize yourselves with the content of both the NYSC Act and the NYSC Bye-Laws”.

Moreover, he appreciated the support of the Federal, State and Local Governments as well as Security Agencies, traditional rulers, Corps Employers and other stakeholders, especially in areas of security and general welfare of Corps Members.