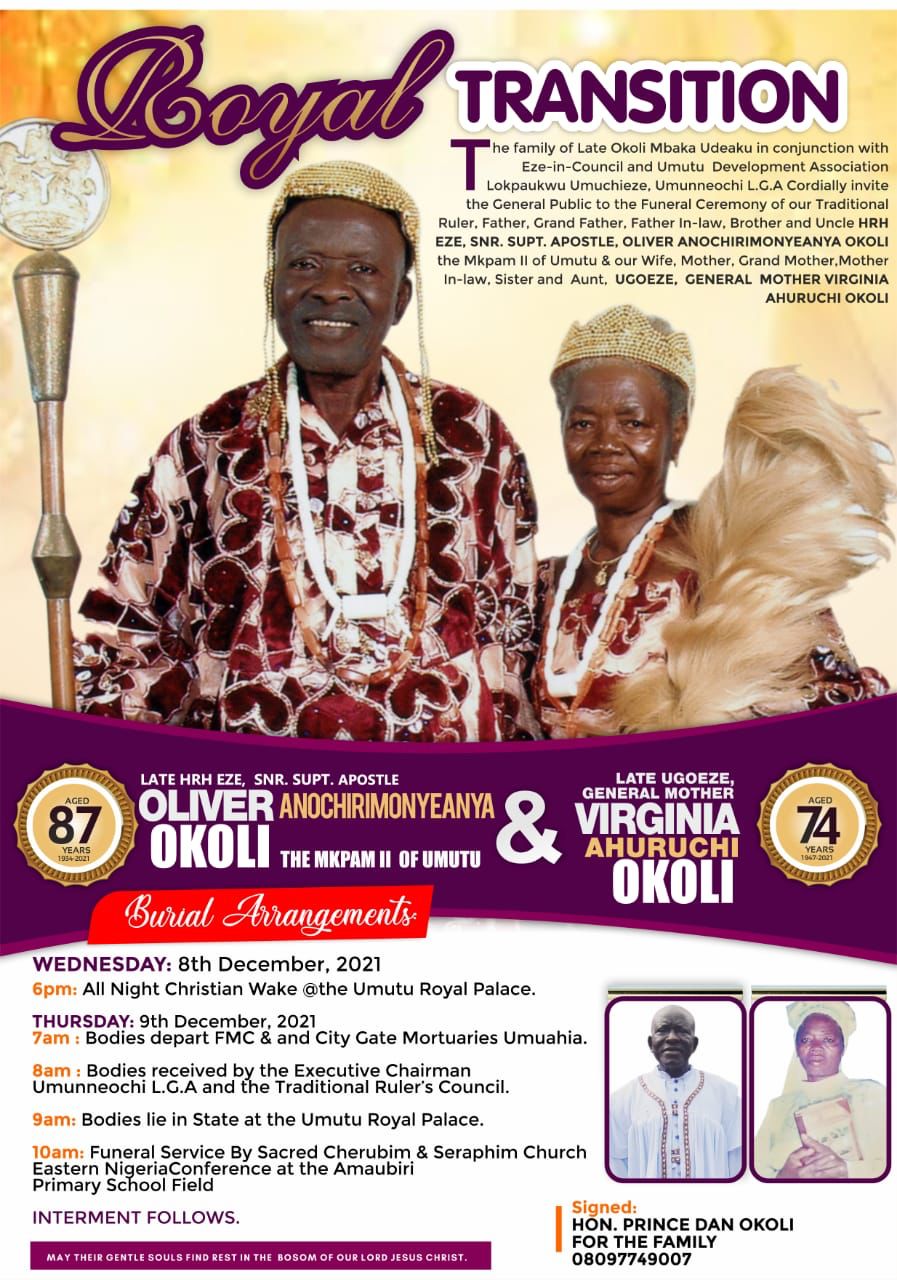 The remains of late Eze Snr. Supt. Apostle Oliver Anochirimonyeanya Okoli, aged 87 and late Ugoeze General Mother Virginia Ahuruchi Okoli, 74 would be laid to rest on the 9th of December, 2021.

According to a release signed and made available to newsmen by his son and immediate past Abia State Commissioner for Homeland Security, Prince Dan Okoli, the funeral service would be conducted by Sacred Cherubim and Seraphim Church, Eastern Nigeria Conference, at the Amaubiri Primary School field.