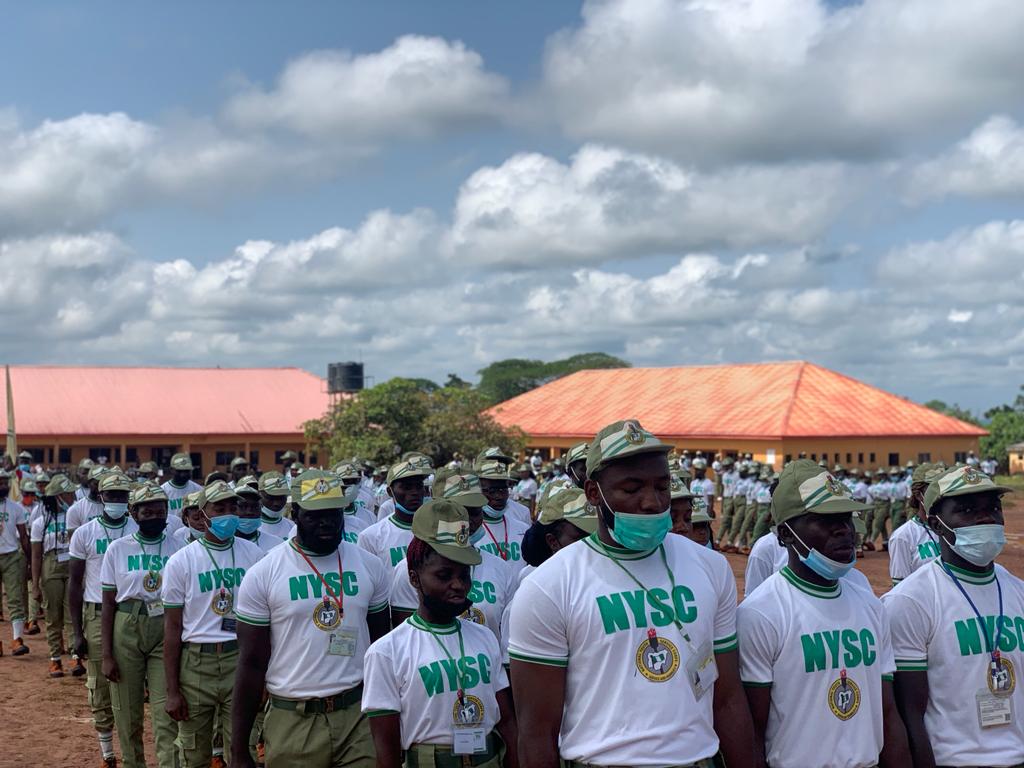 NYSC Corps members have been reminded that their membership of the Service Corps does not confer immunity from the legal consequences of any wrongdoing.

In his address, Tuesday, during a low key terminal parade/closing ceremony of the 2021 Batch ‘C’ Stream I Corps members at NYSC permanent orientation camp, Umunna in Bende L.G.A, of Abia State, the NYSC Director General, Brig. Gen. Shuaibu Ibrahim, whose address was read by the State Coordinator, Mr. Denis Jingi enjoined the Corps members to be wary of acts that could soil the image of the scheme especially vices such as drug abuse and trafficking, cybercrime and advanced-fee-fraud and to continue to be law-abiding while also serving as role models for the younger ones.

He further enjoined the Corps members  to perform their duties with diligence and be guided by the provisions of the NYSC Act and Bye-Laws as well as workplace rules and regulations.

“In keeping with the objectives of the Scheme, you are expected to integrate into your host communities while also appreciating and respecting their cultures. I must,however, emphasize that engagement in their local politics is a no-go-area for you. Furthermore, I enjoin you to undertake personal and group Community Development Service projects that will help to uplift the living standard of the people”, Brig. Gen. Ibrahim charged the corps members.

He seized the opportunity to passionately appeal to Corps Employers to always accept Corps Members posted to them, and make the necessary provisions for their welfare; even as he urged the employers to mentor them properly to enable them develop their potentials.

Brig. Gen. Ibrahim also called on other stakeholders, including State and Local Government authorities as well as traditional rulers, to give the necessary encouragement to the Corps members.

In his speech a representative of the Governor Okezie Ikpeazu of Abia State and Honourable Commissioner, Ministry of Youth Development, Barr. Charles Esonu who is also the Chairman NYSC State Governing Board, charged the corps members to be good ambassadors of the NYSC as well as their institutions of graduation, families, state and the nation.

Governor Ikpeazu who also encouraged the corps members to strive to do their best in the place of their primary assignments, urged them to stay safe as Abia State is peaceful and secured.