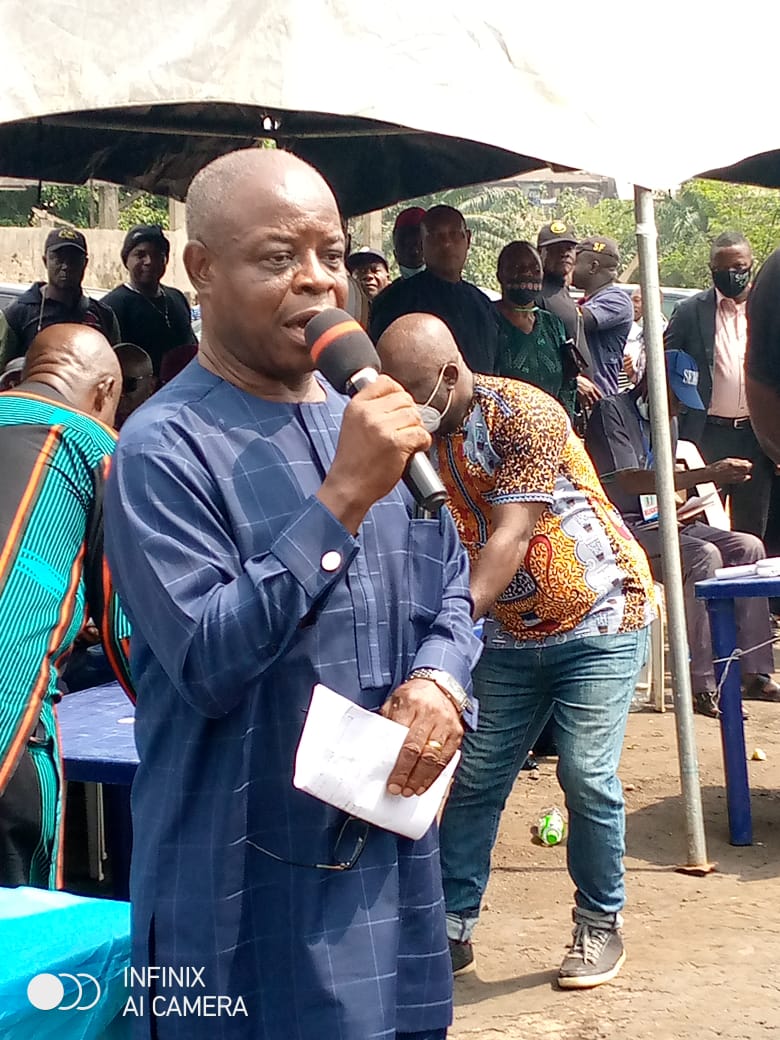 As the sole candidate, he polled a total of 1,067 votes out of 1,075 cast in a special congress to emerge winner as announced by Hon. Kolawole Babatunde, the Special Congress Committee chairman in Umuahia, the Abia State capital.

According to Hon. Babatunde, who is a two-term former federal lawmaker from Ondo State, there were 1,085 delegates to the congress out of which 1,080 were accredited with eight void votes recorded.

Shortly after announcing the result, he told newsmen that the exercise was fair and transparent just as it was directed by the leadership of the party under the chairmanship of Governor Mai Mala Bunu of Yobe State.

In his acceptance speech, Ononogbu expressed appreciation to the delegates and the entire members of the party for finding him capable of occupying the office expecially with the general election less than 13 months away.

He said his responsibility would be tasking as it is coming at a time when the ruling Peoples Democratic Party wants to return to power by all means in 2023 despite its 24 years of misrule and maladiminstrstion.

The chairman, who also served as chief inspector, Citizens Bank Plc, appealed for support of the members and residents of the state to change the narrative as “the time for the needed change in the state has began in ernest.”

Paying tributes to his predecessor, he described him as a very honest, committed and sincere leader, adding that they owe him a duty to strive to achieve the goal of winning the election to set a new agenda for the state.

Similarly, the former publicity sectretatry of the party, Comrade Benedict Godson said disenting voices after the parallel congresses have been harmonized and pledged his loyalty to Ononogbu.

Godson, who led four officers produced by the parallel state congress conducted by the former executive committee of the party to the congress, added that its prospect of victory in next year’s election remains high.

Others who spoke at the ocassion include the deputy chief whip of the House of Representatives, Rep Nkiruka Onyejeocha (Umunneochi/Isuikwuato) and Barr Friday Nwosu, a leader of the party in the state.

The excercise was observed by Independent National Electoral Commission officers from both the national headquarters, Abuja and the state along with different security agencies.

Recall that the office of the APC Abia State Chairman became vacant last December, following the death of the former chairman, Mazi Enyi Harbor, who was elected into the office during the state congress of the party earlier in October, 2021.