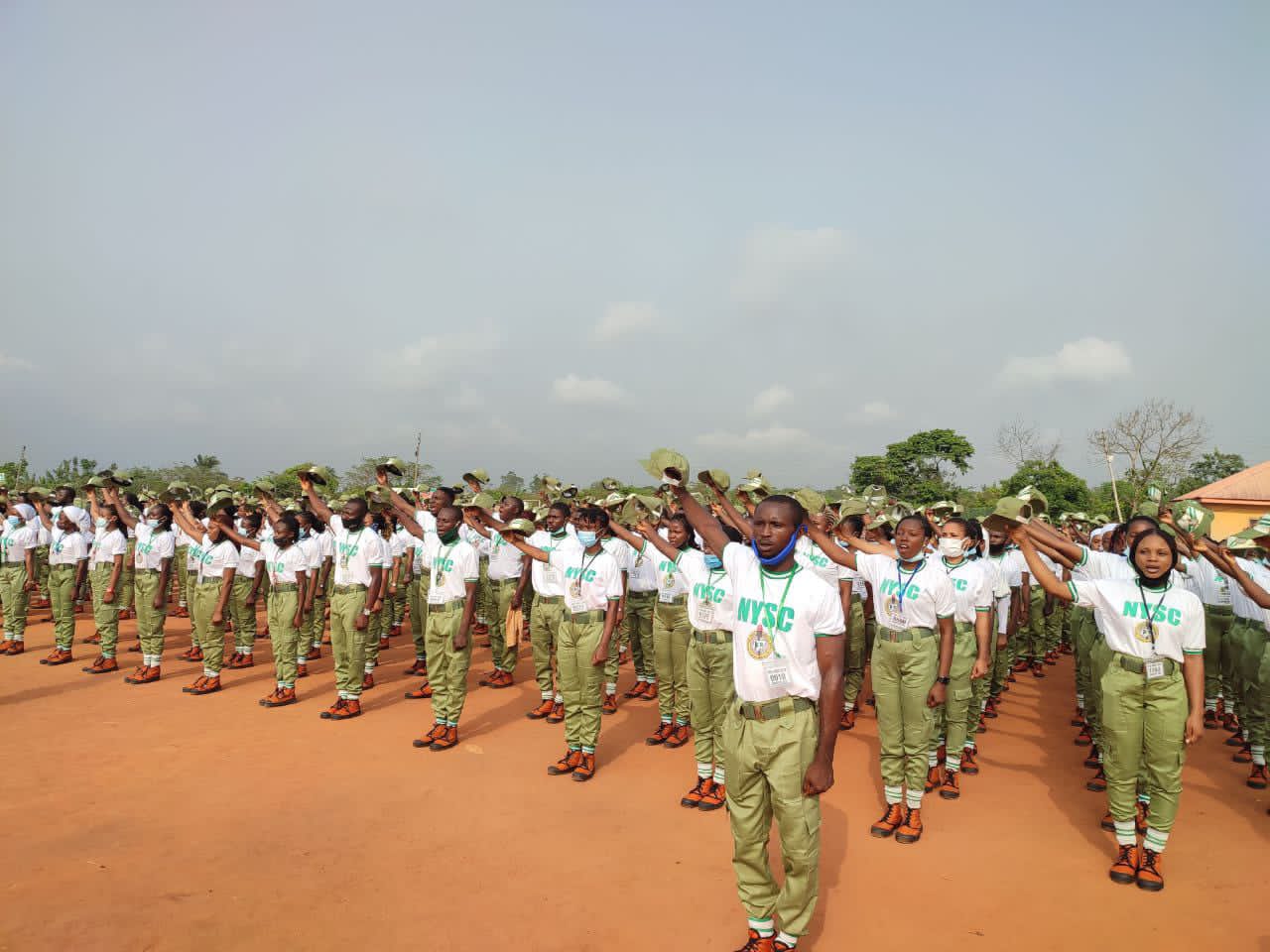 The Director General, National Youth Service Corp, NYSC, Major General Shuaibu Ibrahim has appreciated the House of Representatives for the progress made so far in the legislative processes on the Bill for the establishment of the NYSC Trust Fund.

In his address read by the State Coordinator NYSC Abia, Mr Jingi Denis at the NYSC Permanent Orientation camp, Umunna, Bende L.G.A, of Abia State during a formal induction of 1495 new corps members comprising of 931 females and 564 males (The 2022 batch ‘A’ Stream 1 Corps members) into the National Youth Service Corps which was observed in a low key, Maj. Gen. Ibrahim also thanked Nigerians for the continuous show of support for the proposed Trust Fund, especially as overwhelmingly demonstrated during the public hearing conducted by the House Committee on Youth on the matter.

He passionately appealed to the appropriate authorities to provide the necessary enablement for the actualization of the Fund, as it will surely enhance the smooth operation of the Scheme, especially by addressing the challenge of infrastructure.

According to him, the trust fund would also “boost our skills and entrepreneurship development programme aimed at empowering Corps members for self-employment and wealth creation”.

Recall that the House of Representatives had passed for second reading a bill to establish the National Youth Service Corps (NYSC) Trust Fund.

The bill, sponsored by Mayowa Akinfolarin (APC, Ondo), seeks to compel all organised private entities to contribute one per cent of their net profit to the fund. In addition, 0.2 percent of total revenue accruing to the federation account will fund the entity.

Leading the debate on the bill, Mr Akinfolarin said: “the trust fund will provide a sustainable source of funding for NYSC, skill acquisition training and provision of startup capital to corps members, train and retrain the personnel of the NYSC, develop camps, NYSC formations and provide facilities therein.”

He had also added that the fund will also be used to fund the monthly allowances need of corps members, sponsor the community development service of the NYSC.

The NYSC Director General also appealed for the support of all stakeholders for the success of the Scheme’s Health Initiative for Rural Dwellers (HIRD), which is aimed at providing easier access to free and qualitative health care, especially for the rural poor.

He implored well-to-do individuals and corporate bodies to take a cue from Her Excellency, the First Lady of the Federal Republic of Nigeria, Dr. (Mrs.) Aisha Muhammadu Buhari, by donating well equipped ambulances for the operation of the NYSC Mobile Clinics as well as other essential equipment and drugs that will facilitate the conduct of our medical outreaches.

Maj. Gen. Ibrahim further disclosed that the scheme is sustaining its liaison with the relevant authorities with a view to ensuring that the COVID-19 vaccines are made available to corps members in the course of their orientation programme.

He therefore encouraged corps members who are yet to take the vaccine, to do so without further delay as the Federal Government’s directive on presentation of evidence of COVID-19 vaccination as a pre-requisite for gaining entry to public offices would be applied both in their places of Primary Assignment and other public offices.