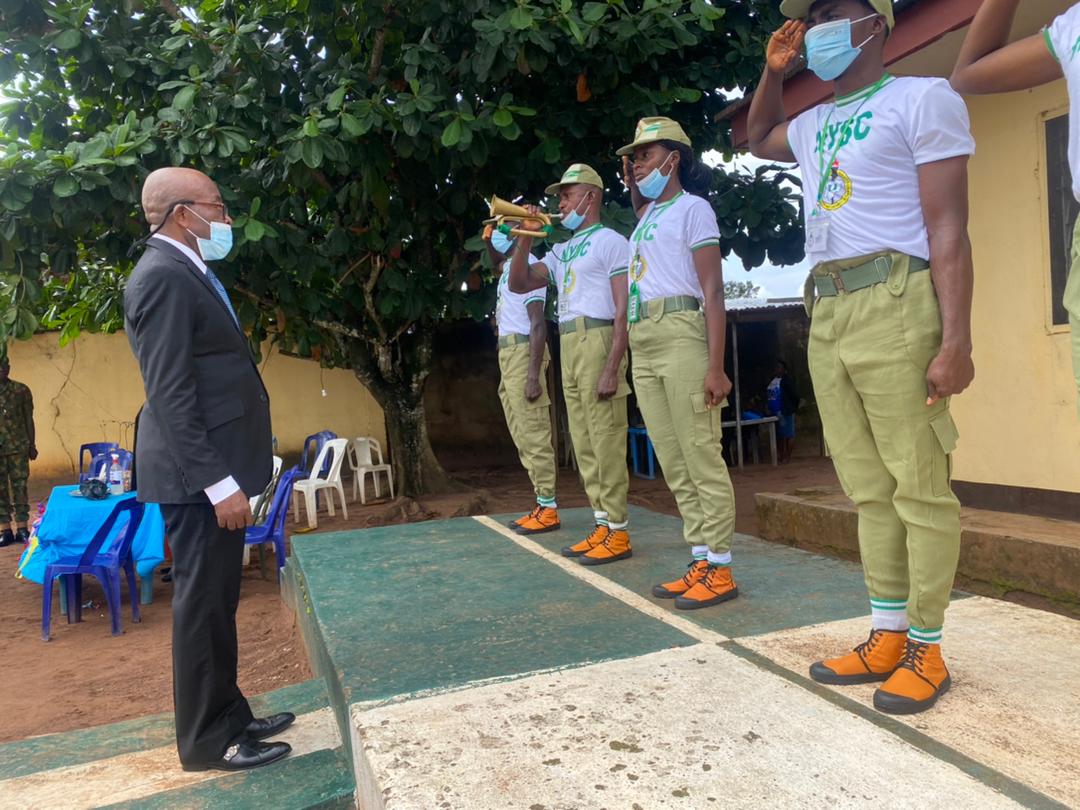 The NYSC Director General, Brigadier General Mohammad Kaku Fadah has passionately requested all Stakeholders of the scheme to render support towards the success of its Health Initiative for Rural Dwellers, HIRD.

In his address at the NYSC permanent orientation camp, Umunna in Bende L.G.A, of Abia State during the swearing in ceremony of the 2022 Batch ‘B’ stream I Corps Members, the Brig. Gen. Fadah whose address was read by the State Coordinator, NYSC Abia state, Mr Julius Ekeh pointed out that HIRD is aimed at providing easier access to free and qualitative health care, especially for the rural poor.

The NYSC DG who also appealed for the support of all stakeholders in the call for the establishment of the NYSC Trust Fund which has reached an advanced stage of legislation, said that this will enhance the smooth operations of the Scheme, especially by addressing the challenges of infrastructure and providing start-up capital for corps members.

He reminded the corps members that one of the objectives of NYSC is the promotion of national unity and integration, hence, their deployment away from their States of origin and their assemblage in Abia from diverse ethnic, religious and socio-economic backgrounds.

According to him, this policy will not only offer the corps members the opportunity for a broader understanding of the country, but also entrench the culture of working together in an atmosphere filled with friendship, peace, harmony, and a shared vision of a great and prosperous Nigeria.

His words, “My dear compatriots, the Orientation Course is the first Cardinal Programme of NYSC, which is aimed at introducing you to the objectives and programmes of the Scheme. It is designed to equip you for the tasks of the Service Year through lessons on Skills Acquisition and Entrepreneurship Development, leadership coaching, paramilitary drills and other physical training as well as sensitization on topical national issues, amongst others.
“It is also a platform for kick-starting various activities that will enable you to realize your potential and attain individual feats both during and after service. I, therefore, enjoin you to utilize this once-in-a-lifetime opportunity by participating in all the Camp activities”.