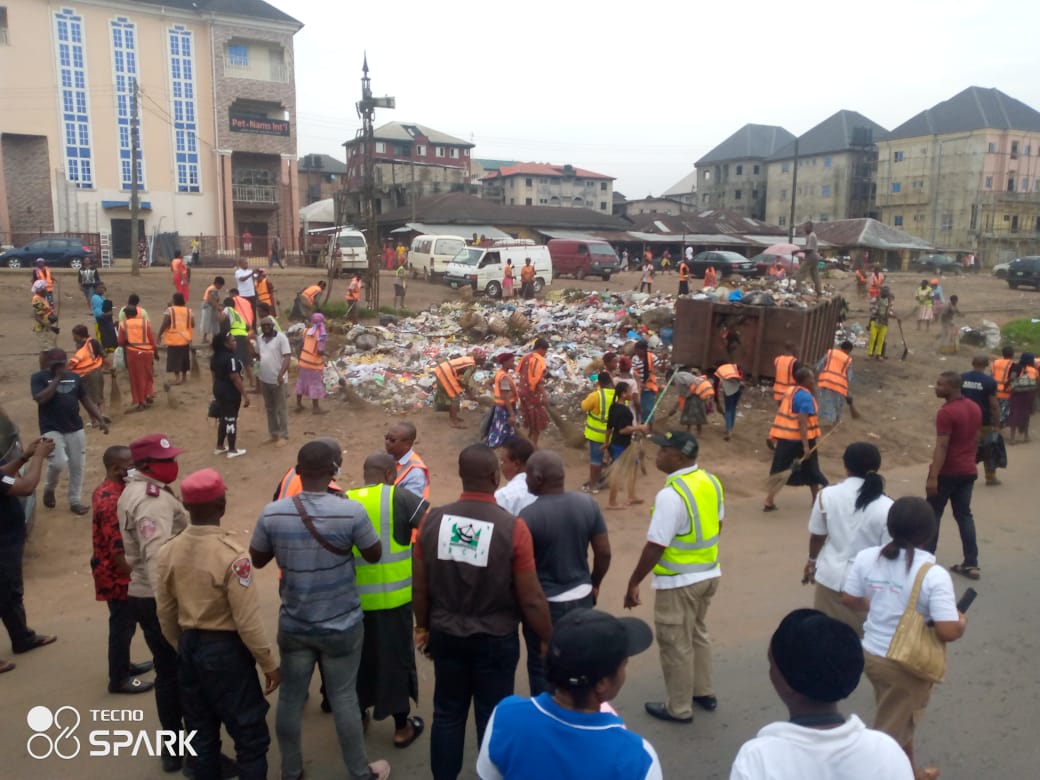 The Abia State Commissioner for Environment, Chief Sam Nwogu has declared that the Ministry is coming up with models and modalities to the monthly sanitation exercise as the days of Jamborees are over.

Nwogu who spoke on Saturday morning, while addressing newsmen at the Umuahia North LGA headquarters shortly before the monitoring of the month of October exercise, disclosed that it is the mandate of Governor Okezie Ikpeazu that the Ministry carry out the monthly cleanup exercise in a new dimension which will witness strict monitoring and compliance.
Nwogu revealed that the sanitation exercise from next month will be a serious business, pointing out that those activities that go contrary to the reason behind the exercise, will be completely enforced and defaulters dealt with.

He stressed that the old way of involving Ndi Ole Ala, will be employed, adding that all Abians including Civil Servants, Traders, Market Unions  among others will synergise going forward to make sure that the exercise achieves the desired result and meets the expectations of the Governor Okezie Ikpeazu led administration in the State.

Chikamnayo said there is need for all to be involved in the monthly sanitation exercise, adding that the exercise will be revolutionised going forward.

He revealed that the Governor of Abia State, Dr. Okezie Ikpeazu, is desirous of having a paradigm shift from the way the exercise was observed in the past, revealing that the old way and the preparation that heralds the exercise during the visits of ‘Ndi Ole Ala’ will be re-iginited and enforced to the fullest.