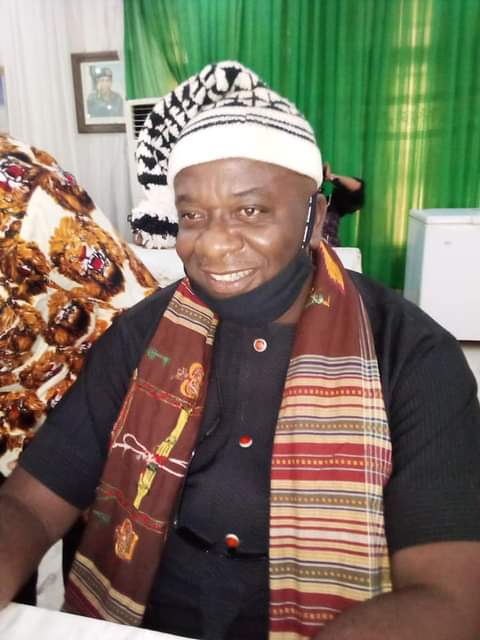 Abia Perm. Sec. Exposes The Ingredients For A Better Society

The Permanent Secretary Ministry of Housing, Engr. Thomas Okoro has described education as the bedrock of development and  foundation for a better society.

Engr Okoro who made this known when the teachers and students of Mayfair Academy paid a courtesy visit in his office in Umuahia, encouraged Abia students and pupils to work hard in their academic pursuit.

He reminded the students that they have greater roles to play for their academic achievements and successes.

The Abia Housing Ministry Perm.  Sec. who tasked the students on self discipline, time management, healthy competition, punctuality and regularity, lauded the achievement of the students of Mayfair Academy, who came first in the just concluded Raymond Nkemdirim Foundation School Quiz Competition which was held in Umuahia, the Abia State capital.

While congratulating the school and students, Engr. Okoro enjoined them to maintain the tempo.

Also, congratulating the school and students in their respective speeches, some of the management staff who  include – Mr. Emmanuel Nwachukwu, Sir Ralph Owo and Mrs Akachi Emmanuel advised them to remain focused and shun all forms of negative influences and distractions that might prevent them from reaching their goals.

Earlier in his speech, the Director, Mayfair Academy, Mazi Ezuma Harbor stated that they came to share their joy with the Permanent Secretary, staff and management of the Ministry of Housing and also to invite them to the celebrations marking their 35 years of existence as an educational institution.

He also presented the award winning students and the cash award of one million naira they received from Raymond Nkemdirim Foundation at just concluded Abia State School Quiz competition which the school took first position.

In a brief speech also, the Principal Mayfair Academy, Mr Lucky Anyanwu promised on behalf of other teachers that they will not relent in their duties to ensure moral and academic excellence of the students.

Recalled that Mr Ihejiabueze Victor and Miss Ijeoma Great took the first position in the competition and were rewarded with Five hundred thousand naria only each with a scholarship to Doctorate ( PhD) level.