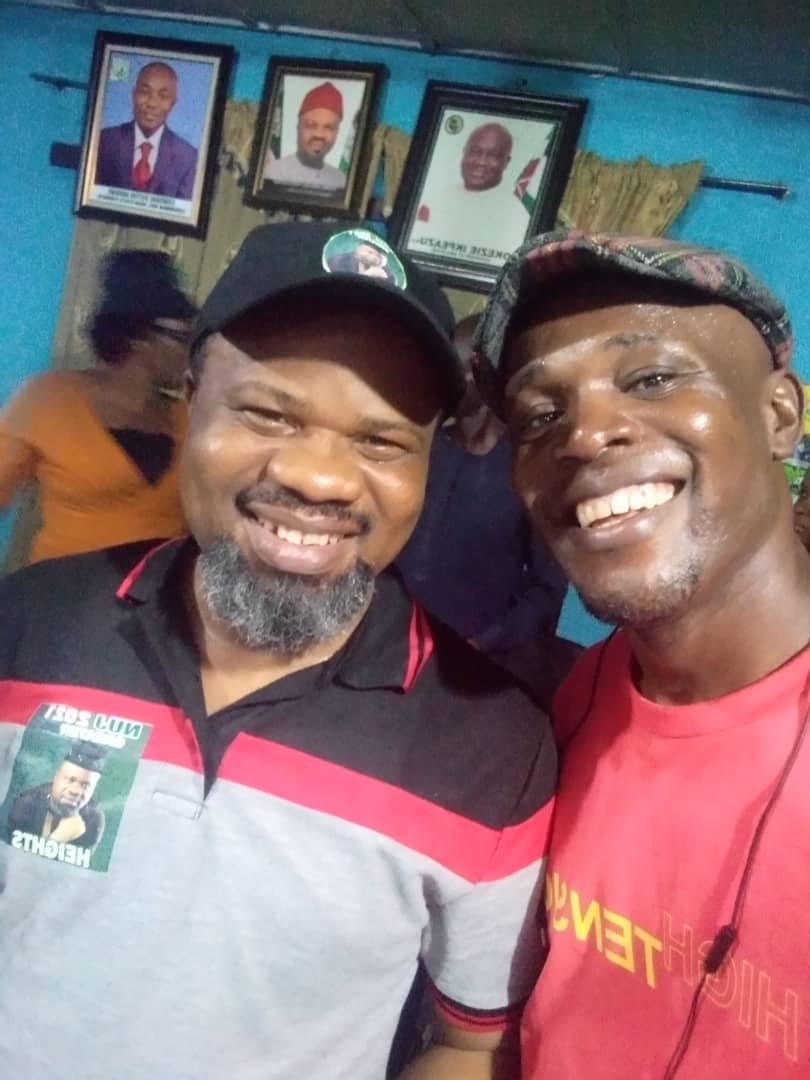 The Greater Heights campaign train of Chris Isiguzo, the National President, Nigeria Union of Journalists on Saturday evening hit Umuahia, the Abia State capital in his re election bid as NUJ President for the upcoming triennial confrence in the state.

Speaking during the visit, Comrade Isiguzo went down memory lane to recall that three years ago he anchored his campaign on rescue mission, when the union was horribly down, almost grounded, in comatose and suffering but thanked God that three years down the line the Union has been placed on a path of good reckoning.

Comrade Isiguzo whose speech revolved around the welfare of Journalists, effective administration, professionalism/constitution amendment, stabilization fund and IIJ repositioning as major issues, expressed delight that, “Today the powers that be cannot discuss and conclude without seeking opinion from the Nigeria Union of Journalists”.

Meanwhile the Abia State Council of the NUJ has passed implicit vote of confidence on Comrade Isiguzo and adopted him as the sole candidate for Abia Council.

In a communique jointly signed by Comrde Chukwuma Emele, Chairman Communique Committee; Divine Nwankwo, Secretary; and Juliet Onyebuchi, member and made available to newsmen in Umuahia shortly after the council’s monthly congress, the Union maintained that Abia State is 100 percent safe to host the forthcoming 7th Triennial Delegates of the NUJ and the security of the State is not questionable.