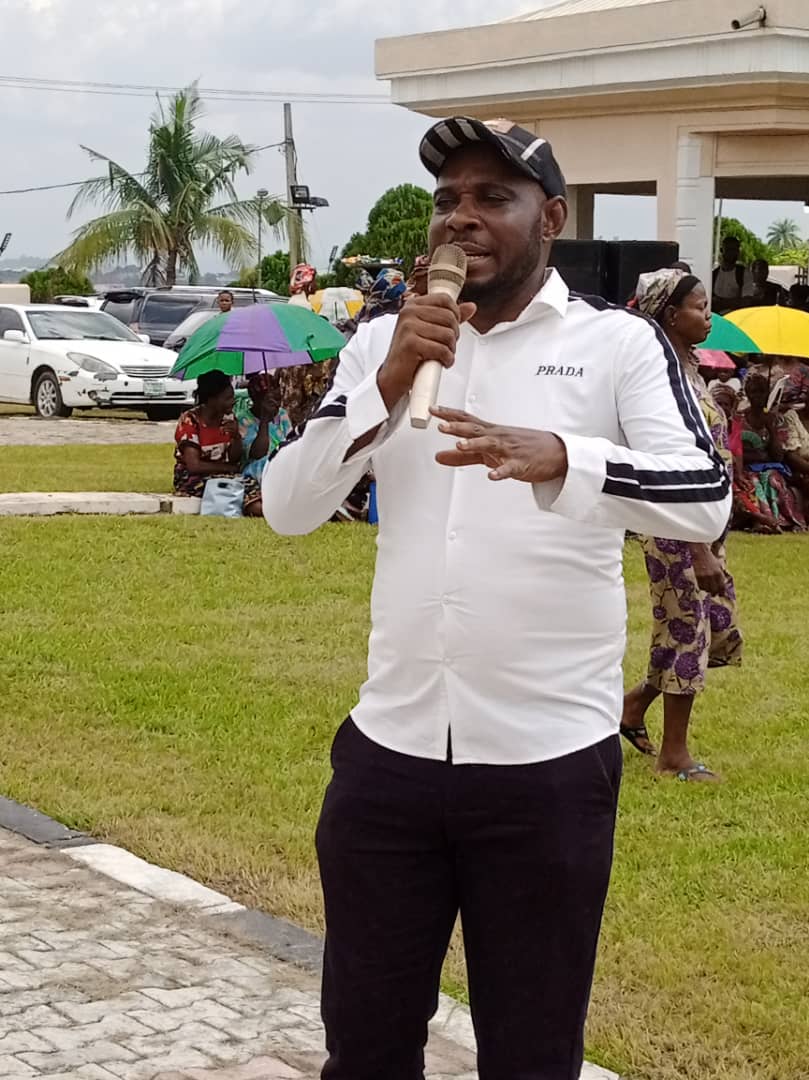 Being a legislator that believed in Good Agricultural Practices, GAP to improve and increase productivity, the member representing Ohafia North State constituency in the Abia State House of Assembly, Chief Mandela Obasi has distributed about two thousand bags of fertilizers to his constituents.

Addressing constituents in his country-home in Abiriba, Ohafia L.G.A, during his farmers Initiative programme, where he also rendered an account of stewardship of his six years stay of two tenures at the House of Assembly, Chief Obasi said through his legislative activities, the farmers/herders crisis in his Constituency was brought to a halt.

His words, “I moved a motion at the floor of the State House of Assembly which brought the immediate intervention of the State Governor, Dr Okezie Ikpeazu and the security agencies to my Constituency and the issue of herders and farmers crisis was resolved immediately. I also moved a motion concerning the erosion menace at Agboeze which is threatening to cut off Abiriba/Nkporo communities from every other parts of the state, which the Federal Government has made an approval for mediation on the road.

Hon. Obasi, harped the need for elected political office holders to routinely render a stewardship account of their activities to the constituents, pointing out that such interface would further build confidence and close communication gaps between the electorate and the elected officials.

He called on the constituents to always support the PDP, the State Governor, Dr. Okezie Ikpeazu and Deputy, Sir Ude Oko Chukwu, pointing out that Governor Ikpeazu’s led administration is poised to do greater things for Abians.

Respectively, a constituent, Mr. Paul Kalu and the Youth leader of Ohafia LGA, Hon. Ndukwe Chukwu Owu said they were highly impressed with the account of stewardship rendered by their legislator, who according to them, believes in youth empowerment and enablement.

According to Paul Kalu, “One thing about representation is about the motions you moved that will attract democracy dividends to the people. We are proud of his representation. He is a legislator that is at home with his people. From the year 2015 to the present date and day, we can recount many remarkable motions he has moved at the floor of the House”.

Dr Okorafor Ukiwe, Chairman, Ohafia L.G.A, who lauded Hon. Obasi on his 6th year anniversary and farmers support initiative, said Agriculture as the art and science of cultivating the soil, growing crops and raising livestock, can only be profitable when fertiliser are made available to the farmers for improved yield just as the lawmaker has done.

Dr. Ukiwe, represented by his Chief Of Staff, Hon. Dimgba Ejieke commended the House member for his kind gesture towards the people of Ohafia North State Constituency and assured him of the Chairman’s support like always while praying him to continually support the Governor of Abia State, Dr Okezie Ikpeazu in all his legislative and oversight functions.

Speaking on behalf of the constituents, an elderly woman, Mrs Ure Oteh highlighted the dividends, Hon. Obasi had attracted to his Constituency, which included the reroofing of community hall, building of high court complex at Nkporo, fencing of public schools, building and equipping recreation center at Abiriba, among other dividends of democracy.

Wrappers, cash and other incentives were distributed to the constituents during the meeting.