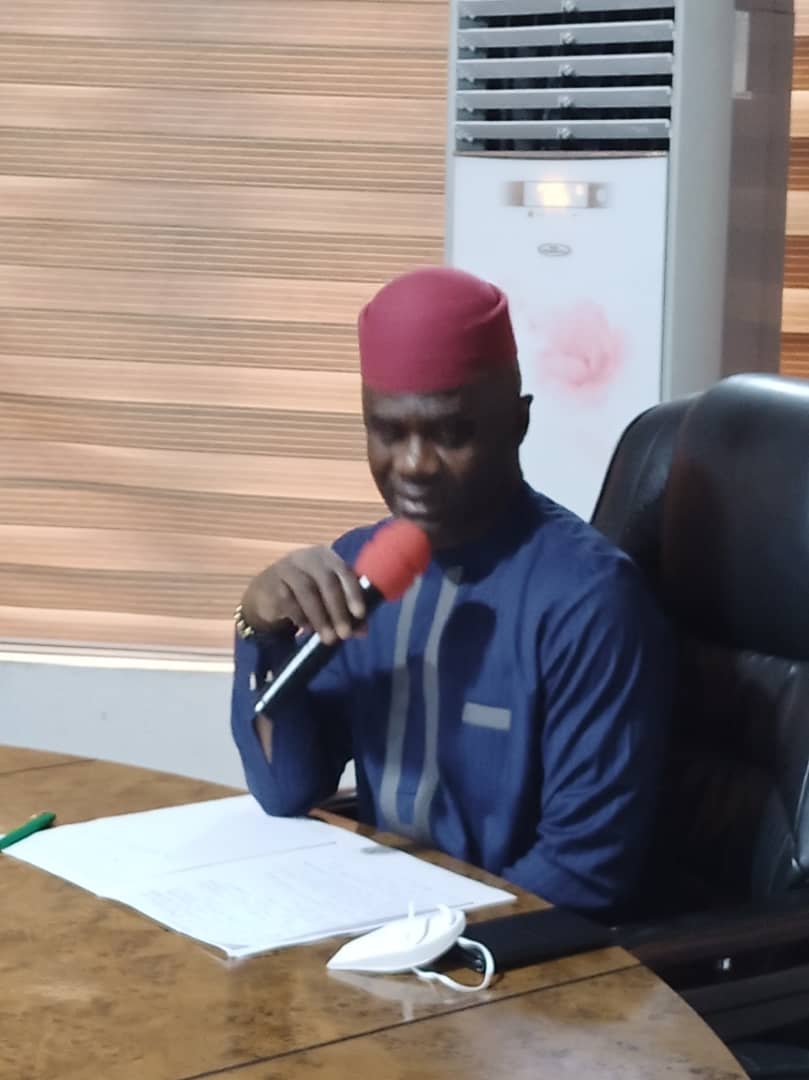 Abia State Deputy Governor, Sir Ude Oko Chukwu has frowned at situations where people maim or kill themselves over land matters that will outlive everyone.

In this regard, he reminded border communities of various States that the essence of State creation is for Administrative convenience rather than a devisive exercise.

Speaking at the Government House in Umuahia when he received a delegation of Edda People’s Assembly and Edda Traditional Rulers Council of Ebonyi State, Sir Oko Chukwu enjoined various sister states to devise proactive means of presenting common grounds for development to set in.

The Deputy Governor promised to broker a meeting between the Traditional Rulers of Ukwa Nkporo in Ohafia L.G.A of Abia State and their Etiti Edda neighbours of Ebonyi State over their border issues to find out ways of resolving grey areas

He described the people of Edda as one of the great pillars of the State’s economy in view of their commercial activities in Aba and beyond.

He also appreciated the delegation for recognising the modest achievements of the Governor Okezie lkpeazu’s led Government towards changing the infrastructural narratives of Aba and entire State which is part of his covenant to leave Abia better than they met it.

In his speech, the leader of the delegation, Dr Mike Okoro aka “Vote for Jesus” who said they came to interface with the Deputy Governor over the reccurring boundary issues between the Etiti Edda community of Ebonyi State and their Ukwa Nkporo neighbours, thanked him and his boss, Dr Okezie lkpeazu for giving Aba and Abia State a tremendous facelift through road and infrastructural development.

He assured that they will continue to pray for the peace and advancement of the State, having been one of the biggest beneficiaries of the transformation currently going on in Aba.

Also speaking, the Chairman Edda Traditional Rulers Council and Traditional Ruler of Ebunwana Edda autonomous Community, Ezeogo Charles Azuanya said they will continue to identify with the State, having enjoyed wonderful brotherhood with Abians and promised to continue to restrain their people and to maintain the peace, expressing optimism that solution will be brokered through the intervention of both parties.