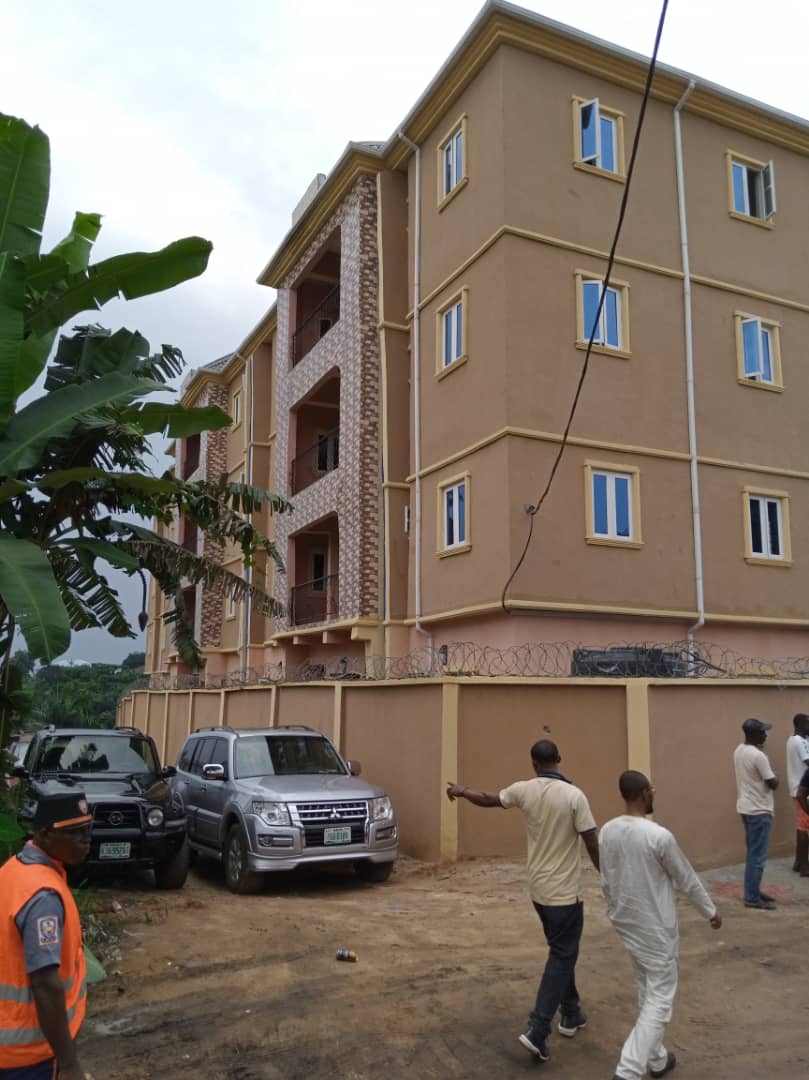 Affordable housing, a vital component to investment should not be left in the hands of the government alone, Sir Ude Oko Chukwu, the Deputy Governor of Abia State has advised Abians.

To this end the Abia Deputy Governor harped the need for entrepreneurs to think towards the direction as the infrastructures that makes the houses functional calls for partnership.

Sir Oko Chukwu who was represented by the Permanent Secretary, Bureau of Political Affairs, Office of the Secretary to the State Government, Sir Issac Nwachukwu made this known during the dedication/House warming party of blocks of flats completed by Ambassador Chief Okegbue Nzeribe held at Uzor- nyi Ogwu na Oshioha village, off Trinity College Road, Okwulaga Community, Afaraukwu in Umuahia North L.G.A, of the State.

The Deputy Governor of Abia State, Sir Ude Oko Chukwu who stressed the need for entrepreneurs to engage in Private Partnership with Government to help bridge the gap of empowering and providing shelter for the teeming populace, said this is necessary as housing needs cannot be handled by Government alone.

He commended  Amb. Nzeribe for heeding the clarion call of Governor Okezie lkpeazu for Abians in the Diaspora to come, partner Government and invest in the State.

Describing Nzeribe as a pacesetter, Sir Oko Chukwu seized the opportunity to call on other Abians to emulate his patriotic efforts.

He prayed God to bless him as he continued to impact on the lives of people around him, thereby complementing Government’s efforts at empowering the people and making life more meaningful for Abians.

They equally commended him for responding to the clarion call of bringing back investments to the State.

Speaking respectively also, the Chairman of Ikwuano L.G.A, Chief Steven Mbamugo, his Umuahia North counterpart, Mr Ugochukwu Ejinkonye, the Traditional Ruler of Okwulaga Afaraukwu, Eze Edward Ibeabuchi and his Ariam Usaka counterpart, Eze Joseph Obaji said they were happy with their son for making the entire Ikwuano people and the State proud by investing back home and promised to honour him later in the year.

Responding, the celebrant, Ambassador Okegbue Nzeribe thanked the Afaraukwu community for accepting an Ikwuano man to develop in their land, promising not to relent in his support to alleviate the plight of the poor.

The ceremony which featured a hand over of cheques to beneficiaries of his empowerment programme for widows in Okwulaga Afaraukwu community by the celebrant and prayers of dedication by a guest preacher, the Rev. Dr. Tayo Popoola attracted the presence of the Special Adviser to the Governor on Boundary Matters, Chief Imo Mascot Obike, top Government Officials, PDP Party Chieftains, Traditional Rulers and other distinguished personalities.