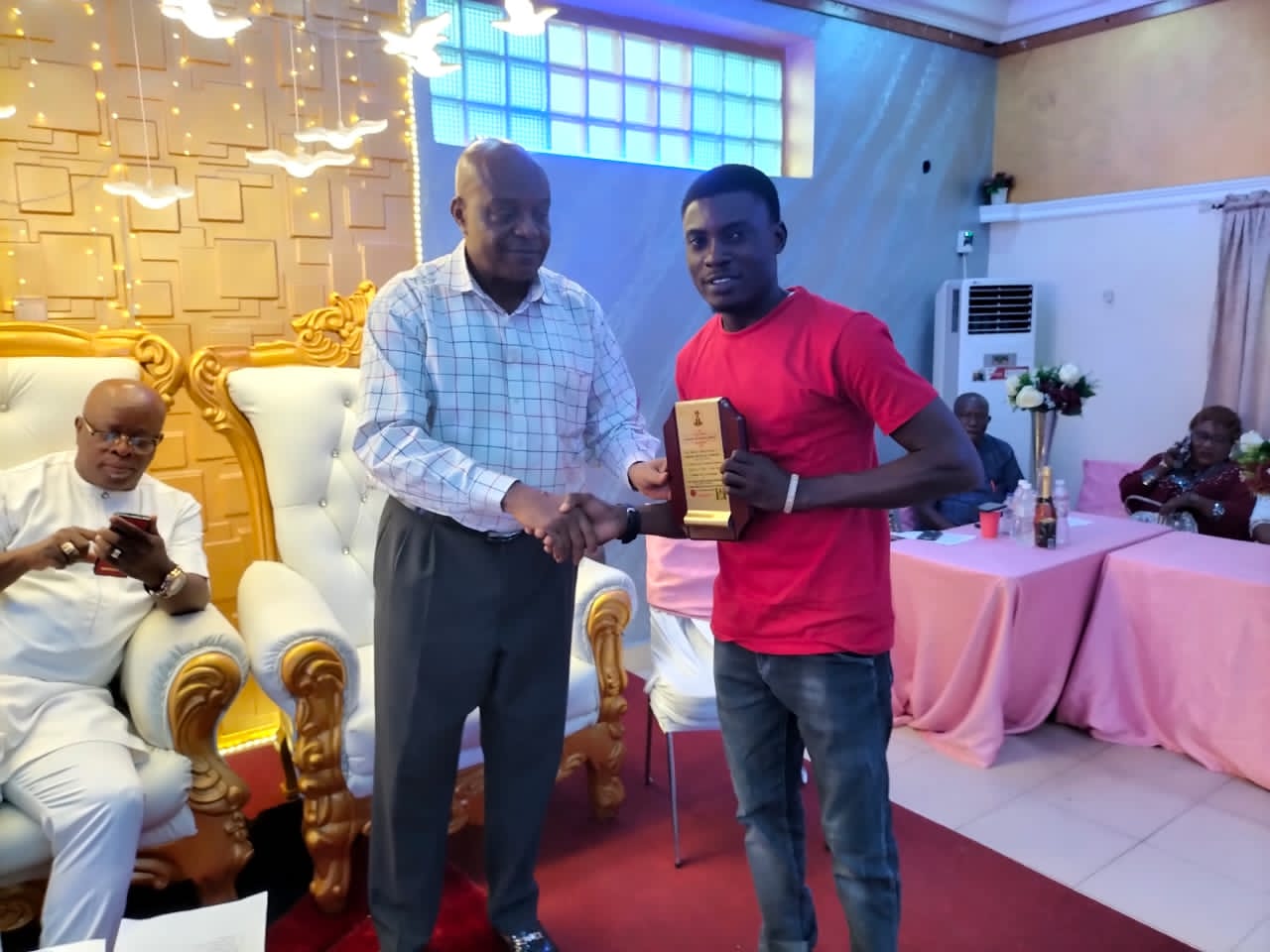 Engr Humphrey Chukwudi, Chairman Umuahia South L.G.A, has rolled out drums to celebrate, corps members posted to his council area, with a SENTFORTH party organised for the out gone corps members in an occasion that saw the council boss  reward five outstanding corps members of the batch.
This is happening few days after the passing out parade for 2021 Batch A Stream 2 corps members in Abia State.
The event which held on Tuesday at Sacramento Event Center, Ubakala, Umuahia South LGA, had in attendance, Barr. Chris Ezem, Secretary to Abia State Government, Mr Jingi Denis, State Coordinator NYSC Abia.
Other dignitaries at the event include, Hon. Jerry Uzosike, Hon Max Adindu, Hon. Emeka Inyama, and a host of other top government functionaries.
In his remark at the event, Mr Jingi Denis who was represented by Mrs Nkechi Goddy-Ekezie, AD Deployment and Relocation, appreciated the Council Chief Executive for the kind gesture and said that he deserves being given best corps employers award for the year.
He also commended, Mrs Chizube Ogbonna, Umuahia South Local Government Inspector for establishing a good working relationship with the council, which culminated into the elaborate sendforth party organized for the corps members in the council.
In his speech, at the event, the Council Chairman, Engr. Humphrey Benson who congratulated the corps members for successfully concluding their service year in the Local Governmnt, said that he decided to celebrate the corps members with the party to show them how loving and peaceful Umuahia South and her people are.
While wishing the corps members well he said, “as you go into the labour market, jobs will look for you. I pour the blessings of Abia State, God’s Own State on you and wish you Journey mercies”.
Earlier in his congratulatory message to the corps members, Hon. Jerry Uzosike, former Chairman of the Local Government and an Ex- corps Member, told the corps members that life for them starts the moment they exit  service, noting that immidiately they are done with the service year, they will begin to see the relevance of all the trainings they recieved during the service year, including the leadership training, skills acquisition trainings recieved in camp.
“If you are leaving the service with the mindset of getting paid job, you may see Nigeria as very frustrating, but if you are leaving here armed with those trainings you revieved all through the service year, and with the mindset of self employment, then you are on your way to success”, the former council boss and member representing Umuahia South State Constituency said.
In his own remarks, Barr Chris Ezem, Secretary to the State Government, charged the corps members to think self employment and not paid jobs as white collar jobs will limit them.
His words, “The important question you need to ask yourself is after service, what next? The way it stands in Nigeria, your best bet is to start thinking self employment as paid employment will limit you.
“Everyday when you work for yourself, you add value to yourself, if you exploit those potentials in you, you stand the chance of becoming the next Dangotes and Otedolas.
“On behalf of the Government and good people of Abia State, I therefore congratulate and wish you well in your future endeavors”. the SSG said.
The highpoint of the event was the award of excellence given to five (5) outstanding corps members who served in the council area.