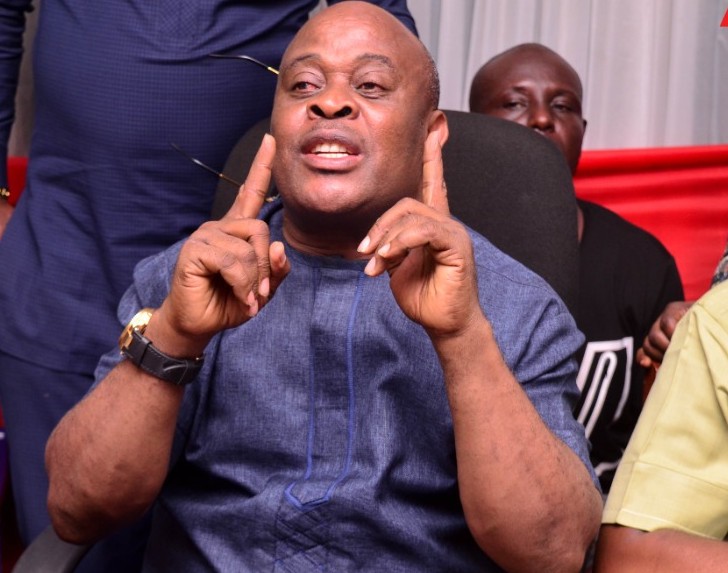 Abia APC Congress: There Is No Alternative Group In Abia APC, Nwankpa Insists

By Our Reporter
The out going and Caretaker Chairman of the All Progressives Congress (APC) in Abia State, Hon. Donatus Nwankpa has made it clear that there is no alternate group in Abia APC.

Hon Donatus Nwankpa who said this at the Party’s Secretariat in Umuahia while interacting with newsmen on the outcome of the State Congress, pointed out that despite the perceived faction created in Abia APC by the National, the Congress went ahead.

To this end, he advised those accusing the party leadership of compromising the delegates through falsification of results during the party’s congress at the weekend, to manage their frustration with decorum to avoid suffering from flashbacks, as according to him, “restrain is the greater part of might”.

Hon. Nwankpa who revealed how relieved he was, having a free and fair congress, said he, “feels fulfilled conducting a successful State Congress”, that produced Chairman Hon. Acho Obioma (Chomen) and other Excos.

He stressed that with the feat he achieved as the State Chairman, was likened to a man who came, saw and conquered, stressing that justice would prevail as he has not taken over the position of the National Chairman of the party, insisting that since that was the case, no one can take over his position even as the Caretaker Chairman.

He said as long he was the State Chairman of the Party, and until he hands over, he acted within the ambit of the constitution of the party and the responsibilities of his office including the law and expectations of his party members, advising aggrieved members who feel shortchanged at the outcome of the congress to approach the Court.

Nwankpa who shared his experiences as APC State Chairman and now Caretaker Chairman, said the society finds it difficult to appreciate humane, open-minded and respectable  individuals, decrying that the society has given credence to rascality, banditry, defiants, and paid attention to people who do not say the truth, noting that dealing with these people has been his experience.

He said for him to conduct a transparent congress that produced a chairman of such pedigree, shows that he means well for the party in the State as his achievement while he was the Chairman which included electing the President back to back, Senator, Rep, House of Assembly member speaks volumes, stressing that the only one left is Governor which is why he has faith in Hon. Acho Obioma.

On the allegation levelled by aggrieved members over absence of security during the congress, Nwankpa said the allegation has no basis as it is made by those trying to vent their frustrations, stating that at the National level, Conventions are held at Eagles Square, parade grounds among others, wondering what invalidated the State congress.

While responding to a question on which of the two groups should be adorned, Nwankpa insisted that there is no alternate group in Abia APC, pointing out that the newly elected Chairman of APC in the State is Hon. Acho Obioma, a former Rep Member.