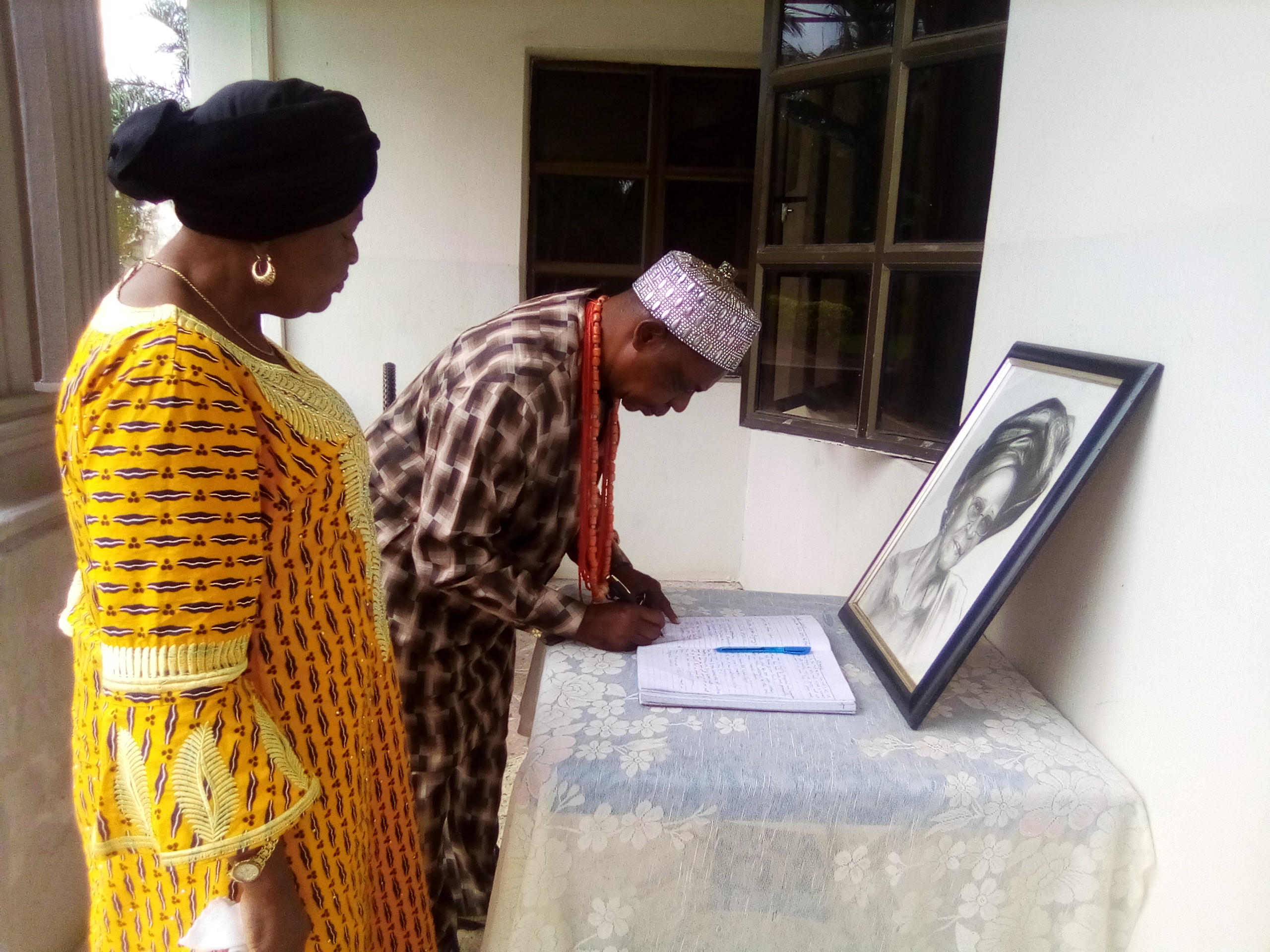 The immediate past Chairman Umuahia North Traditional Rulers Council, HRM Eze Philip Ajomiwe has described the late Lady Adanma Okpara, wife of the late Premier of the Eastern region as a woman, whose impact on the Society would not be forgotten in a hurry.

Eze Ajomiwe who made this known when he paid a condolence visit to the bereaved family at Umuegwu-Okpuala Afugiri in Umuahia North L.G.A, of Abia State, revealed that it was the benevolence of Lady Adanma Okpara and her husband, Michael Okpara that saw him travel to France for the first time.

Eze Ajomiwe said, “My first trip to France was facilitated by the late Premier of the Eastern region, Michael Okpara and his wife. They also organized a send-forth party. Their guidance pushed me to limelight in France. I am sincerely grateful to God for His sufficient grace upon our mother to attain the age of 99”.

Eze Ajomiwe, the traditional ruler of Oriendu autonomous community, Ohuhu clan, seized the opportunity to appreciate the second son of the deceased, Chief Uzodinma Okpara for his conduct, his leadership style and his philanthropy which helped to prolong the life of Lady Adanma Okpara.

Responding, the second son of the deceased, Chief Uzodinma Okpara lauded Eze Ajomiwe for being a genuine friend of the family.

Narrating the last incident that happened before the glorious exit of his mother, Chief Uzodinma Okpara said, “On August 22, 2021, Lady Adanma Okpara, in the early hours of the day, was not feeling well. We rushed her to Madonna Catholic Hospital, Umuahia where she died.”

Okpara who went down memory lane to recall the bond that existed between him and his mother, explained that his mother died at the age of 99, adding, “After our father died in 1984, that is 39years after, she lived a fully accomplished life”.

According to him, his mother was the pillar behind his father’s success as the Premier of Eastern Nigeria, which was the fastest growing economy in the world then.

Uzodinma Okpara explained that after the death of her husband, Michael Okpara, “She carried on with her community service whereshe helped people up to few days before she died”.