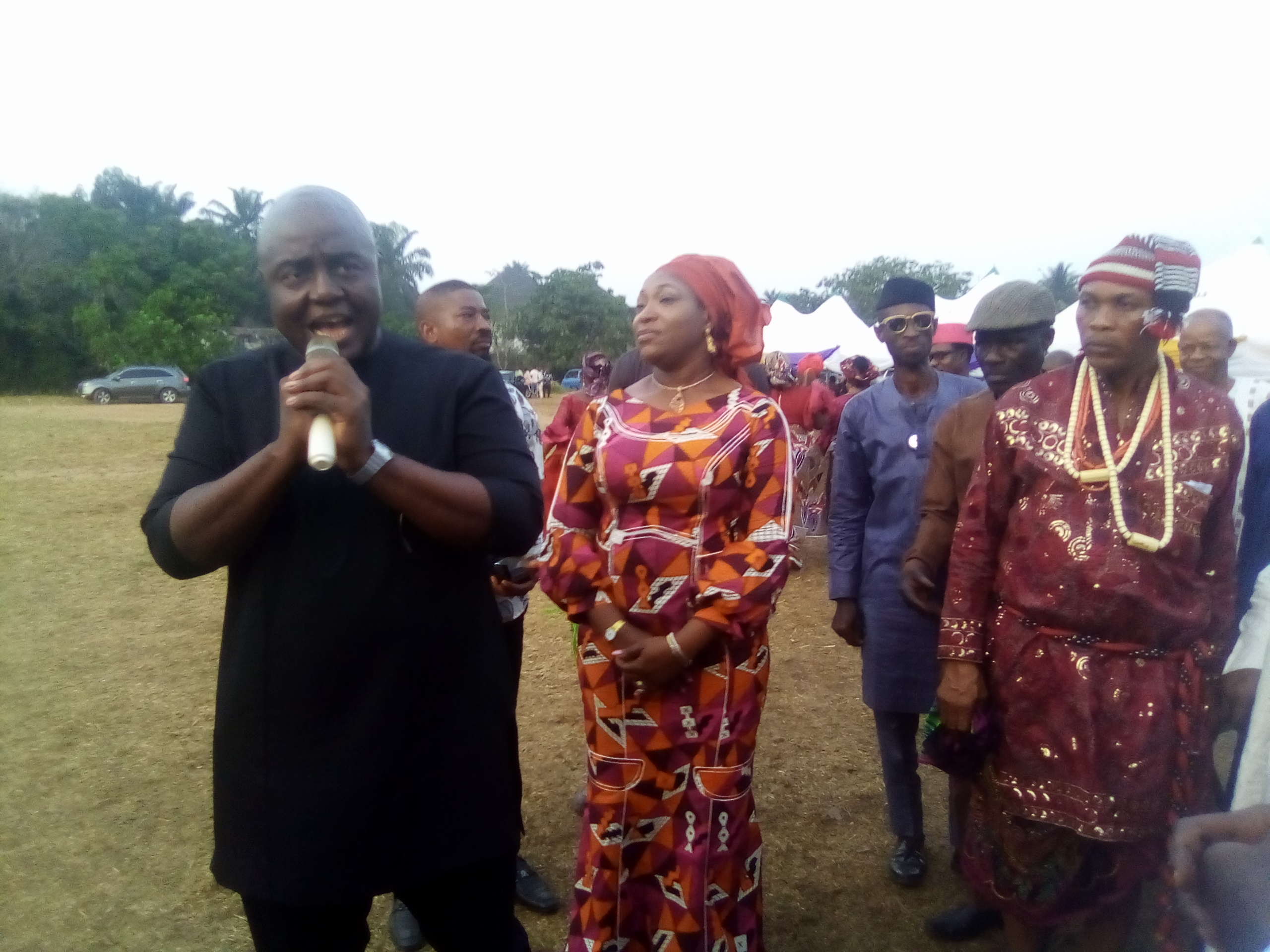 Traditional rulers from Ikwueke and Ikwuano L.G.A, of Abia State have harped the need for community members irrespective of political affiliation to come together to take collective action and generate solutions to common problems in the community.
The traditional rulers who include a former Chairman, Ikwuano Traditional Rulers Council, Eze Joseph Obaji of Ariam-Usaka community; the deputy chairman, Ikwuano Traditional Rulers Council, Eze Ben Ogechi Oriaku of Umudike-Ukwu community; Chairman Oboro Council of Traditional Rulers, Eze Larry Ogbonnaya Agwu of Ajatanigu community among other traditional rulers, maintained that any local action which focuses on the improvement of social well-being must involve people working together.
Speaking specifically at Ntalakwu Primary School, Oboro during a Thank You rally in honour of a one time representative of Ikwuano/Umuahia Federal Constituency, Rt. Hon. Emeka Atuma for his excellent leadership qualities and developmental strides in Ikwueke community and beyond, Eze Larry Ogbonnaya Agwu appreciated God for using Atuma to wake up their illustrious sons and daughters who appeared not engage themselves in community development.
While encouraging Atuma to maintain the lead, Eze Ogbonnaya Agwu pointed out that the grand civic reception was a unanimous decision of the entire Ikwueke people to appreciate Atuma, as the former lawmaker knew nothing about the reception.
His words, “We have seen your good works and we thank God for using him to wake up others. Ndioro – Ntalakwu road is now as smooth as the expressway. So the traditional rulers in one accord come together to appreciate you and to encourage you to maintain the lead”.
Speaking also, the member representing Ikwuano/Umuahia Federal Constituency, Rt. Hon. Sam Onuigbo appreciated Atuma for his efforts geared towards making Ikwueke community wore a new look in terms of road infrastructure, and the traditional rulers for the support given to the former lawmaker.
He disclosed that the Federal Government will soon commence work at the Umuahia – Ikot-Ekpene road as the resources are down.
In their respective speeches, a former Commissioner in Abia State, Chief Henry Ikoh and Chief Ndukwe Onyekachi, who spoke on behalf of the Ikwueke community Presidents General maintained that Ikwuano parades promient people of which Rt. Hon. Emeka Atuma stood as a glaring example, adding that they are happy and appreciative of his community development services.
Earlier, the Chairman of the occasion, Chief Ikechi Emelogu decried that Ikwueke and Ikwuano seems to have been forgotten in all ramifications but one of their sons, Rt. Hon. Atuma came to the rescue.
He lauded his efforts as a lawmaker then to ensure that Ndioro-Ntalakwu road was captured in the budget and his dogged fight that the road was continually given a facelift.
He assured Atuma that Ikwueke and Ikwuano people would rally support for him as they strongly believe that he will do more if given a higher responsibility.
In his speech shortly after he was given an award, honourary certificate and special gift from the traditional rulers, Rt. Hon. Emeka Atuma maintained that leadership is of the mind, even as he called on the illustrious sons of the community to rally round and give Ikwuano its rightful place in all areas.
He dedicated the honour done to him by the Ikwueke community to his mother, Ezinne Ebere Atuma, who laid a very strong foundation for him; his brother, Mr. Obinna Atuma, who identified his potentials at the early stage and his wife who has been a source of inspiration.
He lamented that Ikwuano has remained backwards in terms of development, hence the need to come together to develop “our land”, even as he dropped a cheering news that he has attracted the construction of 21 solid roads in lkwuano, which will commence during this dry season.