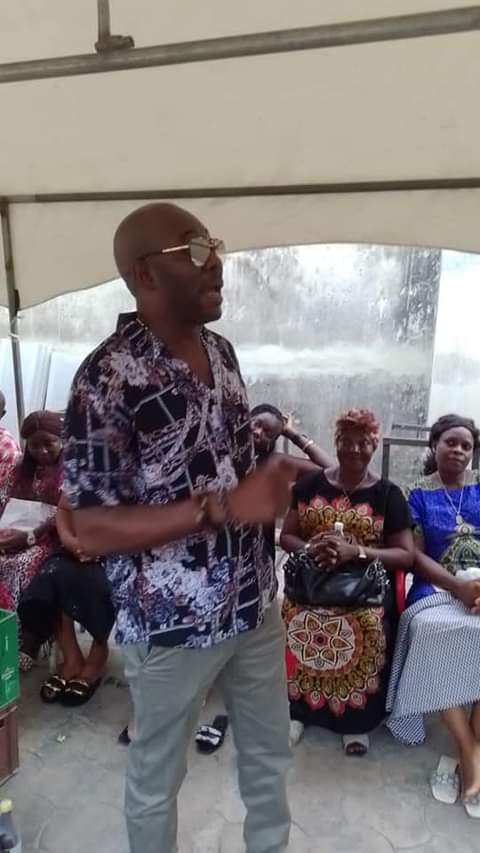 Chief Eze Okwulehie, the immediate past General Manager of the Abia State Environmental Protection Agency, ASEPA has declared his interest to contest for the Umuahia Central State Constituency in the forthcoming 2023 general election under the umbrella of the People’s Democratic Party, PDP.
To this end, he encouraged all members of the party to use their positions to bring in people into the party as the umbrella is big enough to contain all.
While declaring his ambition at his country home, Afaraukwu Umuahia, Chief Okwulehie who was also a former deputy chairman of Umuahia North L.G.A of the State, further reminded members that politics is all about the number of people, hence the need to remain fishers of men, bracing up for the task ahead.
Chief Okwulehie told leadership of the party in the Constituency who honoured the ceremony that he has always operated an open door policy in all the positions he had held before now and will not disappoint them if elected as an assembly member.
He maintained that he has paid his dues even as he noted that his loyalty all these years in the party has paid of and which made it possible for him to get appointments into several positions before now.
He called for further support  for the ruling Peoples Democratic Party in the state come 2023 just as he disclosed that Governor Okezie Ikpeazu has and is still serving the state very well as well as doing his best to reposition the state.
His words, “Gov. Okezie Ikpeazu has done a lot and need to be supported. Therefore, I urge you all, to rally round any person that will bear the flag of the party in the gubernatorial contest. It is by so doing that we as a people will fast track the development of our dear state”
Okwulehie who remains optimistic that come 2023, PDP will produce the state assembly member for Umuahia Central Constituency, insisted that the Constituency  has capable people who will work towards the victory for the PDP.
He seized the opportunity to solicit further support for the Speaker of the State House of Assembly, Rt. Hon. Chinedum Orji in 2023 general election, saying that, ” persons who will represent us at all levels must be well known to us. I have served up to 25 years in PDP without disappointing them. I have served diligently”, he said.
Responding, the PDP Secretary  for Urban Ward 1, Victor Nwankwo promised of their overwhelming support to his aspiration even as he educated members on the importance of going to obtain their voters cards as it will remain only flying an ordinary pitch, if all they do is just talking without the cards.
Leaders of all the three electoral wards in the Constituency were fully represented during the declaration.