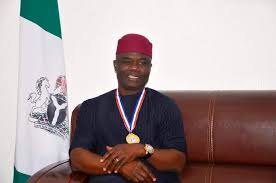 Transparent leadership according to Dave Nevogt, an American entrepreneur and the co-founder of Hubstaff, a workforce management software company, means leading with openness and honesty.

These types of leaders keep their team in the loop, share information freely, and invite open communication within their companies.

Consistently transparent behaviour in leadership demonstrates the value of each employee so that everyone feels like they have a voice.

The resulting employee satisfaction and engagement can drive results for years to come. Ultimately, transparency creates an open, honest culture that benefits everyone involved. (Forbes.com).

Abreast of the notion of transparency in a democracy, where a citizen who wants to know if a decision was taken through the correct procedures can find this out unhindered; and also possess the right and means to examine the process of decision-making, Rt Hon. Sir Ude Oko Chukwu, the Principal Partner of Chukwu Ude Oko and Co. (Chartered Accountants), Lagos,  joined active politics in the year 2001.

Shortly after, his party, the People’s Democratic Party discovered the hidden/untapped treasures divinely embedded in him and two years after in 2003, they in one accord encouraged him to run for the Constituency’s legislative seat.

He was re-elected in 2007 by the good people of Ohafia North State Constituency because of his high level of transparency, quality representation and concrete delivery of democracy dividends to them in the previous dispensation.