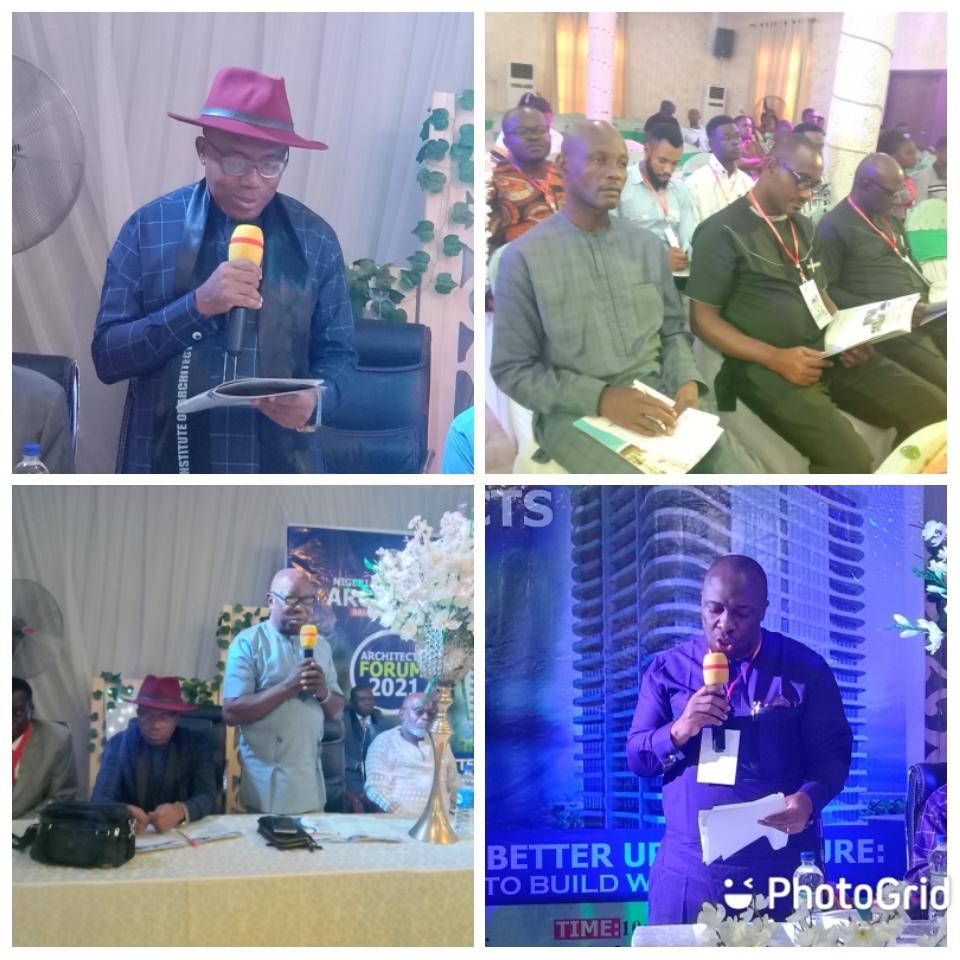 The Abia State chapter of Nigerian Institute of Architects, NIA has pointed out that one of the greatest hindrances to building well in Nigeria is the habit of conspiratorial neglect of professionals in handling building development schemes.

In his address during the 2021 Architects Forum in Umuahia, Arc. Anagha Ndukwo Anagha, Chairman Abia State chapter of Nigerian Institute of Architects, also decried the alarming rate of quack practices in the industry both in the private and public sector, which has resulted in incessant building collapse and an avalanche of failed buildings.

Exposing and expounding the theme of the forum, “Towards A Better Urban Future: How To Build Well”, Arc. Anagha maintained that building well remains the fulcrum for achieving a better urban future”.

He said, “Owing to the peculiar circumstances of our Urban Environment, we carefully chose this theme to continue the discourse commenced last year. Last year’s Forum highlighted the peculiar problems facing the built environment in our urban cities, and zeroed on necessary measures to solve the problem of incessant building collapse.

His words, “There is an alarming rate of quack practices in the industry both in the private and public sector, thus resulting into incessant building collapse and an avalanche of failed buildings, which is even more dangerous because it is a silent killer that very often remains unnoticed by its prospective victims”.

Arc. Anagha expressed optimism that the forum would lay the foundations for a better understanding of how to build well within Abia State in particular and in the Nation at large, adding, “It is also our expectation that potential developers and building occupants would have been taught the need to involve the relevant Built Environment Professionals at every stage of the building development process, from conceptualization to implementation as well as post construction stages”.

Prof. Onyebuchi who described the theme of the forum as a wake up call to all and sundry especially the Policy Makers and the indolent in building industry, advised that planning and design creation should consider sustainable and affordable housing; green roofs; sustainable transportation: balloon technology; energy efficiency among others, which according to him are the engine room of securing better urban future.

In a brief speech, the Chairman of the occasion and NIA Abia State chapter Chairman, Education Committee, Arc. Dr. Eneogwe Innocent encouraged student architects (undergraduates) to always identify with the Institute to get exposed and be better equipped for the task ahead and to make Nigeria great by embracing the high sense of professionalism.

Meanwhile, the NIA President, Arc. Sonny Echono whose address was read by the NIA Chairman Disciplinary Committee, Arc. Mba Aja has advised that the natural green areas in “our cities must be protected and properly maintained to enable our cities regenerate more efficiently and sustainably”.

His words, “As we continue to see the adverse consequences of climate change worsen by the year, it is becoming quite obvious that as Architects our responses must take centre stage. Renewable energy must be incorporated into mainstream Architecture while ensuring that our buildings are designed to be more environmentally friendly and energy efficient. On its part, Government must support the push to a zero-emission world as a matter of urgent priority, while we of the Nigerian Institute of Architects will through our Climate Action and Sustainable Development Initiatives, support Government by proposing practical solutions in infrastructure and housing for immediate implementation in the battle against Climate change”.